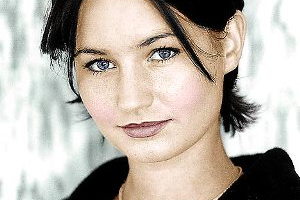 Over the years, drugs have claimed the lives of dozens of celebrities in various fields. Almost every year for the past few decades, we have heard of actors, singers, musicians, athletes and other celebrities dying of a drug overdose, accidentally or otherwise. And last year was no exception. Here is a list of celebrities who have succumbed to drugs in 2008.

Natasha Collins was a model, actress, and TV host who was found dead on January 3, 2008 in a bath at the home she shared with domestic partner and TV show co-star Mark Speight, with scalds covering about 60% of her body. According to investigators, Collins had a "'very significant' amount of cocaine in her system at the time", as she and Speight had earlier been "partying" at their home and taken a cocktail of cocaine, sleeping pills and vodka. The lethal combination apparently caused her to fall unconscious in the bath, with the hot water taps running.

Figure skater Christopher Bowman was a two-time U.S. national figure champion, a two-time World medalist, and an Olympian twice over, competing in Calgary in 1988 and in Albertville in 1992. But throughout his skating career, he had been suffering from a drug problem, and in fact had checked himself into the Betty Ford Clinic before the 1988 Games. Unfortunately, his drug use eventually got the better of him, when he was found dead on January 10, 2008 in a Los Angeles motel, the victim of an accidental drug overdose.

One of the more promising young stars of the 1990s, Brad Renfro rose to fame in the film adaptation of the John Grisham thriller The Client. Unfortunately, much of his career was ruined by his habitual substance abuse. A heroin overdose eventually claimed his life on January 15, 2008, at the age of 25.

The Australian actor, who posthumously won a Best Supporting Actor Oscar recently for his brilliant turn as The Joker in the billion-dollar hit "The Dark Knight", died of an accidental prescription drug overdose on January 22, 2008. According to the report of the Office of the Chief Medical Examiner of New York, Ledger "died as the result of acute intoxication by the combined effects of oxycodone, hydrocodone, diazepam, temazepam, alprazolam and doxylamine", and subsequently ruled the death as an accident.

Chase Tatum was known as a former wrestler for World Championship Wrestling, but he also dabbled in other forms of show business, having acted in a comedy film and worked as a road manager and personal assistant to rapper Big Boi of Outkast. A back problem led to a dependency on painkillers, an addiction Tatum had been battling for years, according to his father. Ten days after undergoing back surgery to repair a degenerative disc, he was found dead at his home in Atlanta, Georgia on March 23, 2008, after an apparent accidental drug overdose.

News of the death of pornographic actress Missy from an accidental prescription drug overdose sometime in August last year was reportedly withheld by her family on purpose so no colleagues and friends of Missy's from the adult movie business would attend her funeral. Adult Video News eventually reported the story a month later.

Best known as a former drummer for American rock band The Replacements, Steve Foley was no stranger to drug use, just like almost every other rock musician in the business. But before he died on August 23, 2008 at the age of 49 from an accidental overdose of prescription medicine, he had been sober for 15 years, although he was under medication for depression and anxiety prior to his death.

Gidget Gein, Marilyn Manson's former second bassist, was a drug abuser whose personality reportedly became more and more chaotic with his heavy drug use. Ironically, he died of a heroin overdose on October 8, 2008 after a year of being sober.

Tiffany Sloan, who graced the centerfold in the October 1992 issue of Playboy Magazine, died from a drug overdose on November 1, 2008 in Las Vegas. According to people who knew her, Sloan had already been battling drug and alcohol problems for some time before her death.

Odom was a minor league pitcher whose name was not familiar among baseball fans, but he achieved some sort of celebrity when he was traded by his team for ten baseball bats. Known to fans as "Bat Man," "Bat Guy" and "Bat Boy", Odom was said to have resented the often unwanted attention the humiliating trade showered on him. On November 5, 2008, a deadly combination of heroin, methamphetamine, benzylpiperazine and alcohol killed Odom.

Rapper Pimp C, born Chad Butler, was often credited for helping define Southern hip-hop. The other half of the Houston-based rap group UGK was found dead in a Hollywood hotel room on December 4. According to police, an accidental overdose of Promethazine/Codeine "syrup", coupled with Pimp C's pre-existing medical condition sleep apnea, led to the rapper's death.

Hopefully these tragic losses have one positive aspect: that their high profile deaths show the masses the real possibility of drug abuse ending their lives and deeply affecting those around them.