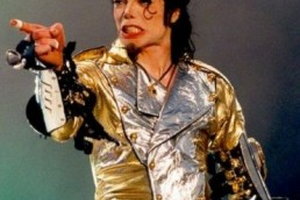 So far, here are the celebrities whose deaths this year have something to do with drugs, both legal and illegal.

One of the most shocking celebrity deaths this year was that of Michael Jackson, who died on June 25, 2009 after being administered lethal doses of the powerful anesthetic Propofol by his personal physician, Conrad Murray. On top of the Propofol, Murray also gave Jackson valium, lorazepam, and midazolam the morning the singer died.

The Los Angeles coroner had decided to treat Jackson's death as a homicide. Law enforcement officials are also currently conducting a manslaughter investigation of Murray.

Adam Goldstein, more famously known as DJ AM, was found dead in his apartment on August 28, 2009. According to the medical examiner's report, Goldstein died of acute intoxication due to the combined effects of cocaine and the prescription drugs OxyContin, Hydrocodone or Vicodin, Xanax, Ativan, Klonopin, Benadryl and Levamisole, a drug that is apparently being used to cut cocaine.

Ironically, DJ AM's drug-related death came a little over a month after he survived a deadly plane crash along with friend and Blink 182 drummer Travis Barker.

On the morning of June 28, 2009, TV pitchman extraordinaire Billy Mays was found dead by his wife in his home. An initial autopsy was conducted on Mays' body the following day, where it was revealed that the salesman, who is widely-known for promoting OxiClean, Orange Glo, and other cleaning, home-based, and maintenance products, suffered from hypertensive heart disease and that likely caused his death.

But a toxicology report released August 7 by the Hillsborough County medical examiner's office stated that while the "primary cause of death" was heart disease, cocaine was listed as a "contributory cause of death". The report said that Mays was not under the influence of the drug at the time of his death, but last used cocaine a few days before he was found dead. Traces of tramadol, hydrocodone and oxycodone were also found in his body, according to the medical examiner.

The cocaine factor in Mays' death, however, remains in dispute.

Las Vegas Strip headliner Danny Gans, "The Man of Many Voices", died on May 1, 2009 at his Henderson, Nevada home. His death was ruled as drug toxicity caused by the combination of the opiate hydromorphone and a pre-existing heart condition.

A heart attack due to a cocktail of pills he used to get to sleep killed this French actor and singer on September 16, 2009. He was best known as the lead singer of the French boy-band 2Be3, and appeared in the US movie "Simon Sez" with Dennis Rodman in 1999. He was 35 when he died.

Jay Bennett of the alternative rock band Wilco died on May 24, 2009 of an overdose of the prescription painkiller fentanyl. The coroner said Bennett was wearing a Duragesic patch on his back when his body was found.

Known in the world of professional wrestling as "Test" and "The Punisher", Andrew Martin died of an Oxycodone overdose. Police searching the Tampa apartment where he was found dead also found steroids and painkillers.