3 Lessons Breaking Bad Has Taught Us about Addiction

3 Lessons Breaking Bad Has Taught Us about Addiction 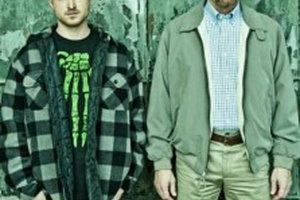 The final season of Breaking Bad kicks off on August 11th, and as we look back at the evolution (or devolution) of Walter White, we see a collection of cautionary tales about addiction. Here are three lessons we've taken away from the series.

Human beings are obsessive, habit-forming creatures, and while not everyone will become addicted to drugs or alcohol during their life, we all battle with addictions.

Breaking Bad has shown us that addiction comes in many forms. Walter White's addiction is power; the power he feels from being the best at something, from having others respect and fear him. He said it himself in Season 5, when asked if he was in the meth business or the money business, he simply replied, "I'm in the empire business." His actions have gotten more and more destructive over the years, and he's sacrificed everything that he once held dear, all in the pursuit of more power.

Jesse has his battles with substance abuse, but he also seems to have an addiction to love, perhaps craving the unconditional acceptance he never got from his parents. In fact, our first glimpse of Jesse in the pilot episode shows him jumping out of a naked woman's window to elude the cops. He repeatedly puts himself in danger for the sake of love, whether it's his doomed relationship with girlfriend Jane in season 2, or again in season 4 with his relationship with Andrea and her son Brock.

Every character in the show displays some form of addiction. Hank has his pride, which causes him to make decisions that negatively affect both his professional and personal life. And who can forget his wife Marie's kleptomania?

2. Giving in to Your Addiction Slowly Corrodes Your Life

This is the arc of the entire series. In fact, creator Vince Gilligan originally pitched the show as being about a guy who slowly goes from being Mr. Chips to Scarface.

Each character, fueled by their addictions, is worse off now than when the series started. Walt's lust for power consumes him, and everyone close to him, destroying relationships and ending lives. Jesse, having lost his moral compass, is overcome with guilt and regret. Hank has simply given up, both at work and at home. Skylar, once a happy housewife and mother, is now a spiteful accomplice and quasi-prisoner.

3. The Solution Lies with You

As we watch these characters succumb to their addictions and slowly dismantle their lives, we see time and time again that, no matter how powerless they think they are to the forces around them, they could stop it all at any time.

It's hard to admit that you have an addiction, and even harder to ask for help to overcome it, but if Breaking Bad has taught us anything, it's that ignoring our addictions will only make things worse.