5 US Cities That Drink the Most

5 US Cities That Drink the Most 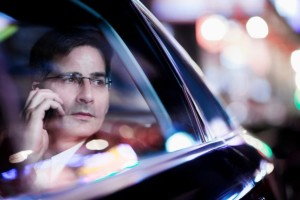 Data collected by the CDC listed Fargo as the drunkest city in the U.S. A whopping 28 percent of people in the city of Fargo are classified as heavy drinkers. Some people attribute the drinking problem here to the bone-chilling climate. With temperatures that can drop to -60, many turn to booze as a way to stay warm or as a way to forget the harrowing blustery world outside.

Boston is a city that offers a lot to those who are sober, which is why is also made our list for sober cities, but that is because the drinking culture there is so strong. When drinking is so ingrained in a town, a certain percentage of drinkers are bound to turn to sobriety and develop a strong recovery community in spite of it. Maybe it's the culture of sports fanatics or the numerous colleges or the often-chilly weather, but throwing back a bottle--and then some more--is commonplace in Boston.

Warmer cities don't tend to make the cut for high levels of drinking culture, but there are certainly exceptions to that generalization and Austin, Texas is one of them. With a thriving live music and art scene and an outdoors culture that encourages lounging around in or near Lady Bird Lake or Lake Travis with a drink in hand, it's no surprise that this city consistently makes the lists for "Most Drunk." The drinks are relatively cheap at most bars in Austin and big festivals like SXSW and Austin City Limits bring in throngs of drinking crowds, which just adds to the overall drinking culture.

Nearly 1/5 of Milwaukee's residents are estimated to be binge drinkers. Maybe beer just goes well with cheese. Maybe it's the bitterly cold weather keeps people indoors and turning to drinking as a way to have fun. Whatever the case ma be, Milwaukee is a city that regularly makes lists for cities that drink the most.

The binge drinking culture in this desert town near Lake Tahoe, CA is pervasive. It's estimated that over 18% of the population of Reno engages in binge drinking. Beauty abounds in this Nevada city, but so does the booze.

Knowing in advance that drinking culture is stronger in some cities than others can help you to stay mentally strong in your sobriety and avoid a relapse, so keep this information handy.