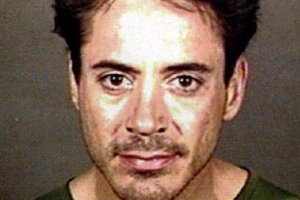 Over the decades, we've seen countless celebrities do the usual dalliance with drugs and alcohol. Many remain addicts to this day, while some died young thanks to a drug or alcohol overdose. There are, however, some notable exceptions, wising up and successfully kicking their deadly drug and alcohol habit before it was too late. What's more, these celebrities that beat their respective addictions went on to achieve highs in their careers that could never match any of the highs their former drugs of choice had given them.

Shockingly enough, Robert Downey Jr. was only 6 years old when he first had a taste of marijuana. Growing up in a home where drugs were very accessible, he eventually developed a serious drug problem by the age of 22. The actor battled serious addictions to cocaine, heroin and other drugs. Between 1996 and 2001, Downey was arrested a number of times, and had several stints in drug rehab and in prison. As a result, his very promising career suffered, as producers were not really interested in hiring an otherwise brilliant actor who may at any moment get arrested again for his chronic drug habit.

But since his release from rehab in July 2002, Downey has stayed clean and is currently riding the wave of what could be one of the most amazing Hollywood comebacks of all time. On top of the insanely successful Iron Man, Downey has also scored an Oscar nomination for his turn as an Australian Method actor obsessed with his African-American role in Tropic Thunder. Projects are lined up left and right, and Downey is enjoying the high levels of success that he was always destined for.

Long before Lindsay Lohan and Britney Spears hogged the headlines with their wild child antics, there was Drew Barrymore. At the age of nine, Drew was already smoking cigarettes. She was an alcoholic at 11, a marijuana smoker by 12, and a cocaine addict by 13. She went to rehab twice, and even attempted suicide when she was 14.

But all that's in the past now. Her wild child days behind her, Barrymore has grown into a sober, responsible and productive woman. Aside from starring in a slew of hits, she has also become a producer, forming the production company Flower Films with friend and partner Nancy Juvonen in 1995. Her company is responsible for hits like Charlie's Angels and 50 First Dates. Quite a turnaround for a woman with a childhood as messed up as hers.

If there's one living proof that tough love works, it's none other than Charlie Sheen. The actor, once dubbed "The Machine" by friends for his insatiable appetite for drugs, alcohol and women, had a taste of this kind of love from his father, Martin Sheen. Before his father intervened, Charlie, who began experimenting with drugs at 11, was a cokehead, and reportedly consumed two quarts of vodka a day.

Then came that fateful day in May 1998, when the younger Sheen, bored out of his mind in his Malibu home decided to try injecting cocaine. He overdosed, and a deeply concerned Martin reported his son to the judge himself. As Charlie was already under probation at that time, the judge issued a warrant for Charlie's arrest and sent the younger Sheen to rehab.

The intervention saved Charlie's life. Now 42, he has become one of the highest-paid actors in TV as the star of the sitcom Two and a Half Men. Charlie can only be thankful to his dad for doing what he did, when he did. This is the ideal result of an intervention.

Angelina Jolie has confessed to doing "just about every drug possible". In a 1998 interview, she admitted to using cocaine, heroin, Ecstasy, LSD and other drugs.

She has since given up drugs long ago, and is now one of the biggest stars in the world, an Oscar-winning actress, a mother of six, and a passionate humanitarian, famed for her work as a Goodwill Ambassador for the UN Refugee Agency.

People who have seen Robin Williams and his family-friendly films will probably find it hard to believe that the manic comedian was once a cocaine addict. At the beginning of his career, Williams was already a cokehead, and abused a number of different drugs as well. It took the drug overdose death of fellow comedian John Belushi to wake up Williams, who then took the initiative and checked into a rehab center.

After sobering up, Williams went on to star in many comedic hits, and established himself as a serious actor as well, with dramatic turns in The Fisher King and Good Will Hunting, where he won his first and only Oscar award, for Best Supporting Actor.

There are actually two sides to this Oprah-Winfrey-was-a-drug-addict story. On one hand, there's the unforgettable TV moment in the 90s when she tearfully admitted in her own talk show that she had smoked crack cocaine while in her 20s, but never said anything about an addiction to the drug or anything else. On the other hand, there's the more recent allegation made in a tell-all book by a former boyfriend that Oprah was actually a regular cocaine user in the 80s, and was in fact under the influence during her show tapings.

Whatever the truth is, it is clear that Oprah has now overcome whatever her drug demons of the 70s and 80s were. As of September 2008, Forbes has listed Oprah as having a fortune worth over $2.7 billion. CNN and Time Magazine dubbed her "arguably the world's most powerful woman". She is quite the success story, sordid drug past or not.