6 Craziest Crimes Done While Under the Influence

6 Craziest Crimes Done While Under the Influence 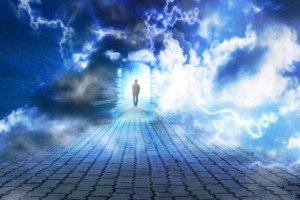 There's an old Alcoholic Anonymous adage that goes, "I'm allergic to alcohol. Every time I drink it I break out in handcuffs." While this is a lighthearted attempt at dealing with a very serious issue, drugs and alcohol have been consistently shown to reduce social anxiety so much so that a user's conscious is no longer able to prevent them from committing egregious acts. In the case of heavier substances users, they can even be locked in a state of psychosis, where for whatever reason they decide to partake in some of America's oddest criminal acts.

The following stories briefly seek to account for some of the most outrageous behavior seen by officers and witnesses while apprehending the usually oblivious suspects. There are a wide variety of health and economic reasons why an individual should abstain from abusing drugs and alcohol, but there is also the commonly forgotten reason of simply "staying out of jail." Depending upon the severity of the substance, anything can happen once it is drunk, snorted, smoked or shot.

Logan Valle, 18, is accused of breaking into two houses while naked and allegedly under the influence of bath salts. During his naked romp around the city, Valle suffered frostbite due to the frigid Maine temperatures. Valle entered the first residence as the homeowners sat watching television. He took the car keys off the counter and proceeded to try and start each of the three family cars. After being threatened by the homeowners, Valle ran to another residence where he smashed through the family's front door. While inside, Valle put on some tennis shoes before police arrived. Oddly enough, police were already on their way to the Valle residence after a fire was set that engulfed the house. So far, no connection has been made between the fire and Valle's naked rampage.

Paul Felyk, 35, pulled into the parking lot of a local Denver Marshalls, where he proceeded to smoke methamphetamine. After admiring how the starry sky looked, Felyk decided that he needed a closer view. Felyk climbed on top of the Marshalls roof and accidentally fell 20-feet through a void area, pinning him in an inescapable position. After three days, Felyk came to the realization that he was not going make it out, unless he called for help. Upon rescue, Felyk was arrested and preceded to tell officers that the trouble started when his female friend who was "unknowingly part of a drug-trafficking ring that utilizes time travel, identity theft and real-estate fraud to move drugs."

3. Burglar on Bath Salts Forgets About Robbery and Puts Up Victims Christmas Decorations Instead

Terry Trent, 44, allegedly began his night by snorting a line of bath salts. After the substance had taken affect he decided that his next best move would be to go commit a burglary. While inside an Ohio home, Trent forgot about his original intentions and instead decided to put up the victim's Christmas decorations. Trent then sat down and watched television until the family's son came home to discover the strung-out interior designer.

4. Man Asks Officer For a Ride Home, Forgets He Has Cocaine in His Pocket

After an early Sunday morning party had ended, Ongley Raymond Ocon III, 19, approached a local police cruiser where he asked if the officer could take him home. It is unknown if officers are frequently asked for rides home, but the suspicious officer plainly asked if Ocon was carrying anything illegal on him. According to the officer Ocon answered, "Yes, but then paused and said no." Ocon was subsequently arrested and charged with cocaine possession.

5. Man Dies After Eating Ounce of Cocaine Out of Brother's "Backside"

In a truly tragic tale, two brothers were arrested based on allegations that there were drugs inside their car. While in the backseat of the squad car, Deangelo Mitchell, 23, convinced his younger brother Wayne Mitchell, 20, to eat more than an ounce of cocaine that was hidden inside his brothers "backside." After ingesting the cocaine Mitchell died hours later due to cocaine overdose.

While under the influence of PCP, Chevonne Thompson decapitated her 2-year-old son and put his head in the freezer. Thompson then called 9-1-1 where she initially blamed her boyfriend for the act before telling the dispatcher, "You know what, I don't even want to play this. I did it. Ok? I did it." Thompson then stabbed herself in the neck and later died from the injuries.

Although some of these stories are humorous in nature, there is no limit to the atrocious crimes that can be committed while under the influence of drugs and alcohol.