7 Countries You Don't Want to Get Caught With Drugs In

7 Countries You Don't Want to Get Caught With Drugs In 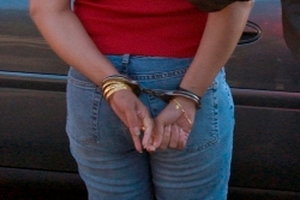 Over the years, hundreds of tourists have been arrested in their various countries of destination for the simplest drug offenses. Lucky are those who got caught in countries where drug laws aren't so stringent; more often than not, they get away with a brief stint in jail or fines.

Others, however, have had the misfortune of being caught in countries whose drug laws are quite harsh, and have learned the hard way how serious they are in implementing their drug offense penalties, which range from a lengthy prison term for simple possession of the minutest amount of illegal drugs to public beheadings for convicted drug traffickers. Here are seven countries you don't want to get caught with drugs in.

In a country where even vandalism can get one lashed with a meter-long rattan cane, it is expected that drug laws here are pretty strict. Anyone caught with at least 17 ounces of marijuana, or half an ounce of cocaine or heroin will be treated as a drug trafficker, and drug traffickers here get hanged. Between 1991 and 2004, 400 people went to the gallows for drug trafficking in this city-state, a number of them foreign nationals.

Singapore's next –door neighbor is no less harsh when it comes to drugs. Under its laws, a mandatory death penalty is meted against anyone caught with seven ounces of marijuana or a half ounce of heroin, as these are amounts that constitute drug trafficking in this Southeast Asian country. Even those charged with just simple drug possession or use in Malaysia can expect severe punishment, including lengthy prison terms as well as heavy fines.

Iran is one of the most active executioners of drug offenders. Under the Islamic regime, up to 500 drug traffickers are executed every year. More than 10,000 narcotics traffickers and drug users have already been put to death in Iran in the past few decades. Drug possession and use is also punished severely. Getting caught with a few grams of marijuana could get one up to 70 lashes.

Some of the toughest anti-drug laws are implemented in Indonesia, where a drug user could get 10-15 years in jail. And as with other countries that use capital punishment for drug offenders, it reserves the maximum penalty for drug dealers, usually dispatched by firing squad.

If alcohol is illegal in this Islamic kingdom, you can only imagine how illicit drugs are treated there. As with alcohol, penalties for possession and consumption of illicit drugs are severe, from public flogging to harsh jail sentences. Drug traffickers, meanwhile, get the same penalty as murderers and rapists: a public beheading.

In a 5-month period, China has convicted more than 53,000 people for various drug offenses, with more than 22,000 handed down harsh penalties including life imprisonment or the death penalty, even for non-violent drug offenses such as drug smuggling, trafficking, and production. And if there's a country that beats Saudi Arabia—and the rest of the world for that matter—in sheer number of executions, it's China. An estimated 470 people were executed in China back in 2007, many of them drug offenders.

The United Arab Emirates is one of the 20 or so countries which hands down capital punishment against drug offenders. The much scarier aspect of the UAE's drug laws, however, is the fact that people get arrested there even for just an infinitesimal trace of any drug deemed illicit in the country.

Consider this: a Swiss national was sentenced to four years in prison after customs officials at Dubai airport found three poppy seeds on his clothes, presumably from a bread roll he ate at Heathrow Airport in London before his flight to Dubai!

Then there's the even crazier case of Keith Andrew Brown, a British national also sentenced to a four-year jail term in Dubai. The reason? Dubai customs officials found 0.003g of cannabis, an amount so negligible it cannot even be seen by the naked eye, stuck to his shoe, in a cigarette Brown presumably stepped on somewhere on the way to Dubai.

Dubai may be one of the most liberal cities in the Middle East, but when it comes to their implementation of drug laws, it borders on the fanatical.