7 US Cities That Drink the Least

7 US Cities That Drink the Least 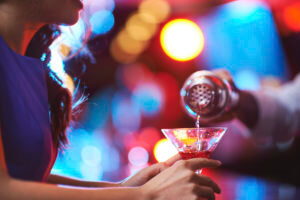 Birds of the feather flock together, or so they say! If you're living a clean and sober life, you likely find great reprieve being among others who have made the same lifestyle choices. There's a lot of power in having some sober camaraderie, and that's an important thing to consider if you're thinking about moving or visiting a place. That's why we've put together this slideshow of US cities that drink the least. If you'd like to get away to a place where you can unwind without so much pressure to drink or use drugs, consider one of these US cities.

The New York Times called Delray Beach, Florida "the country's largest and most vibrant recovery community" in 2008. The city itself is just over 60,000 people in population, but it is home to over 300 weekly recovery meetings boasting more than 5,000 members. There's even a local recovery motorcycle club.

This Midwestern town is known for its wholesomeness and, apparently, its numerous rehab centers. There are 35 high schools in the US dubbed "sober" high schools and Minneapolis is home to 11 of them.

According to data from The Daily Beast, Nashville is the most sober city in the USA with the fewest number of drinks per citizen each week (8.92). The city is also home to almost 300 weekly recovery meetings and the active music scene and mild climate can keep idle hands and wandering minds busy in their sobriety throughout the year.

This budding southwestern town is home to many facilities that are devoted to sober living as well as rehab and detox centers as well as halfway houses. The city's population is only 40,000, but the sobriety scene is strong.

The next few cities--starting with New York--will likely surprise you for being on this list. But sometimes the greatest haven for a sober person is in a place where booze and drugs abound. The temptations are real in these cities, but the sober communities are also undeniably thriving and strong. There are more than 4,000 recovery meetings each week in NYC.

Just as is the case with NYC, citizens of Boston aren't strangers to drinking culture, but for every place where excessive drinking takes place, healing among those who need it also takes place. With more than 2,000 recovery meetings each week in Boston, a recovering addict can easily find his or her place among likeminded individuals on a similar journey.

Recovery is so common in the city of angels that there are over 3,000 recovery meetings each week in the area. With a warm climate and laid-back culture, LA residents purportedly take a leisurely approach to their recovery meetings, arriving early to chat and leaving with friends from the group for a post-meeting activity. Celebrities are often cited at these meetings, too. It makes sense: the pressures that come with the entertainment industry and fame put a lot of people into a difficult situation with alcohol and/or drugs.