6 Things You Didn't Know About Alcohol and Your Body

6 Things You Didn't Know About Alcohol and Your Body 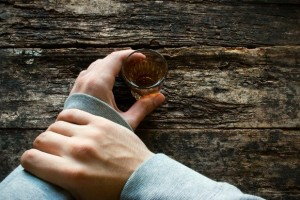 Alcohol is one of the most common social drinks around and people drink it for a variety of reasons.Whether it's used as a refreshment in social gathering, to instill a sense of social confidence, or promote relaxation, alcohol is reached for quite consistently. However, there are some things about alcohol you might not be aware of. Today, let's take a look at some interesting facts about alcohol and your body.

1. You get fewer hangovers as you age.

A study conducted in Denmark indicated that the older you are, the fewer the hangovers you get from alcohol. A research survey conducted on 50,000 men and women from 18 to 94 years indicated that older people (50 to 59 years) experienced fewer hangovers than middle age (30 to 49) and younger people (18 to 29). Older people had fewer symptoms associated with hangovers than middle aged persons and middle aged persons showed fewer symptoms than the younger population.

2. Having hangovers may be a result of your gene.

Your genetic composition may be the reason you experience more hangovers than acquaintances, even after taking in the same amount of alcohol. According to a study in a recent journal dubbed Addiction, gene variations can be attributed to the reason why some people feel more ill the next morning than their buddies, even after taking same amount of alcohol.

3. You drink more on the days you work out.

According to research done at Northwestern University, people tend to drink more if they engage in a physical workout- especially from Thursday to Sunday. The study author attributed this to tendency of people wanting to reward themselves after a hardcore workout session, as well as having more time on the weekend to consume alcohol.

The brain likes alcohol as much as sex, drugs and workouts.

According to researchers at Indiana University School of Medicine, a taste of beer can induce a release of the same pleasurable hormone that is released during exercise, sex, and after eating tasty food.

4. Stress can kill your buzz.

Alcohol can aid you in unwinding rough and tough moments, but excess stress will make you feel sleepy rather than feeling buzzed. A study in the University of Chicago on 25 men who were exposed to a stressful and non-stressful environment revealed that those in stressful conditions did not feel as intoxicated as those in relaxed state.It simply made them feel more tired, essentially killing their buzz.

5. You are conditioned to enjoy certain alcohols.

The same way some individuals have a preference for certain types of food, is the same way people will have different preference for drinks. This is as a result of your taste buds, as they influence whether you like a certain brand or type of alcohol.

6. How fast you drink may be a result of the shape of your glass.