A Teenage Nosedive into Alcoholism

A Teenage Nosedive into Alcoholism 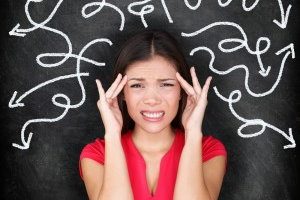 I started partying in middle school. I was a very insecure kid in an alcoholic home, and I was searching for acceptance. At first, I was mostly smoking a little pot here and there, but soon I was introduced to alcohol. Alcohol became my magic elixir. It turned off all the voices of self-doubt in my head. I felt attractive, and I felt accepted. For the first time in a long time, the pit of anxiety in my stomach went away. And I was off to the races.

From the time I was fourteen until the time I got sober at age twenty, my progression into alcoholism was steady and predictable. For the first couple of years, it was all fun and games--aside from a few incidents of throwing up, and the inevitable hangover. Right from the beginning, I became that person who never stopped drinking once she started. It was an insatiable craving. I have since learned that this is a symptom of alcoholic drinking. In addition, I seemed able to drink large amounts of alcohol--something I took pride in--but that was also a symptom of my progressing alcoholism. Eventually that would all catch up with me.

From Party Girl to Blackout Drinker

By the time I headed off to college at eighteen, I was your typical party girl. Once I got to the dorms, and no longer had to deal with my parents, it was on. I was drinking and taking Quaaludes on a regular basis. Soon the blackouts started. At first, it was a curiosity. Wow, I thought, How did I end up here? How did I get home? It was kind of a joke, and my friends teased me about it. But then it kept happening. And my behavior got more bizarre. People were saying, "Do you remember…" and I had to say that I didn't. Not one bit.

Eventually, the blackouts began to terrify me. I had no control over when they would happen. It didn't matter how much or what kind of alcohol I drank. It could happen at any time. I learned later that this sudden shift from a very high tolerance to alcohol, to a mixed tolerance for alcohol, is a symptom of late-stage alcoholism. Once I passed the line into late-stage alcoholic drinking, a blackout could happen after even just a few drinks. Alternatively, I could drink all night and not be able to feel buzzed.

By this time, my father had found recovery. He began to tell me all about the symptoms of alcoholism. I always played it cool when he talked, like I had no idea why he was telling me this stuff, but it stuck in my mind. Eventually, eventually, I had to admit that I fit the profile: blackouts; a huge tolerance for alcohol that led eventually to a complete lack of tolerance; complete unpredictability as to what would happen once I picked up the first drink; and behavior that made me cringe the morning after.

Then one night, after trying to drink only one beer a night for about a week, I planned to go out with a friend in my hometown. My plan was to drink only wine, and only a glass or two. After splitting a bottle of wine, the urge to drink more was there, as always. I suggested we get some champagne (because who gets drunk on champagne?). After only a few glasses of wine and a bit of champagne, I went into a blackout.

This time, however, I kept coming in and out of the blackout. I got to see what I was doing in those blackouts. It wasn't pretty. The last blackout I came out of, I was walking down the middle of some street screaming bloody murder, when an elderly couple came up to me to see what was wrong. Also, a couple of guys came up to me. I eventually came out of the blackout with absolutely no idea where I was or why I was screaming.

The guys offered to take me home. I again went into a blackout, but apparently told them where I lived. When I got home, I came out of the blackout and ran into the house, again screaming bloody murder. My parents awoke from their sleep and my dad was holding me, trying to calm me, and he was shaking like a leaf. They calmed me down, put me in a shower, and put me to bed.

In the morning, when I woke up, I had my moment of truth. I would never know why I had been screaming, but it terrified me enough to make me face reality. I walked downstairs and told my parents I thought I was an alcoholic. At twenty years old, I had hit bottom. I would never drink again.

P. G. McGraw is a 30+ year sober alcoholic, writer, blogger and "joyfully rebellious heretic and mystic." She enjoys learning about Eastern and Indigenous Religions and applying that knowledge to her spiritual recovery. A former attorney, McGraw has a certificate as a chemical dependency counselor assistant and has worked as a sponsor, helping many people in the recovery process over the years.