A Vaccine for Heroin Addiction: Too Good to Be True?

A Vaccine for Heroin Addiction: Too Good to Be True? 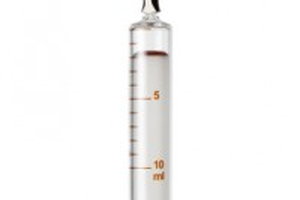 The Scripps Research Institute has recently been conducting research in the area of addiction, and has developed a vaccine that purportedly prevents addicts from getting high on heroin. While this vaccine has been proven to be effective in rats and has demonstrated its potential for great therapeutic value, many people are still skeptical about its use with human subjects.

The vaccine works by producing antibodies that prevent heroin and its metabolites from reaching the brain, which in turn prevents the user from feeling the high resulting from using the drug. While there have been vaccines in the past that have been created to prevent addicts from abusing other drugs such as cocaine, methamphetamine and nicotine, this is the first vaccine that has proven to be effective against heroin use. These vaccines, coined by Scripps researchers as "immunopharmacotherapy", have not been effective against heroin in the past due to the fact that heroin metabolizes into many different substances. Each of these substances has a different effect on the brain and the body, and researchers have not been able to develop a vaccine that was effective in blocking them all – until now.

In laboratory tests, scientists found rats that were given the heroin vaccine were not as likely to press on a lever that would dole out heroin, whereas all of the rats that were used as controls in the experiment ended up self-administering the substance. While results have been promising, there are still a number of people in the field that have taken issue with the vaccine. Some have stated that while it appears that the vaccine works well in rats, the immune systems of humans is much more complicated, leading the body to simply ignore the vaccine.

One of the biggest problems with the vaccine is that it's very specific, meaning that it only blocks heroin and the substances that result from the metabolic breakdown of heroin from reaching the brain. This means that addicts would still be able to use other opiates like oxycodone and vicodin in order to get a similar high to what is experienced when using heroin. In addition, the vaccine also would not address substances that are used to treat heroin dependence, like methadone, naloxone, and naltrexone.

The biggest problem with the vaccine, however, is that all it does is prevent heroin users from getting high – it does nothing to address or treat the disease of addiction. Unlike a rat in a laboratory setting, a human being has the capacity to switch drugs of choice. If something is not working the way it once did, a human being will simply change what they are using; so if a person is no longer able to get high on heroin, they may start abusing a different drug in order to get high. The underlying problems that are associated with addiction - such as poverty, homelessness, trauma, abuse, and even mental illness – are not treated by the vaccine.

It is important to remember that there is no magic cure all for the disease of addiction, and recovery takes hard work. In addition to addressing the biological symptoms of the disease, it is also important to address the psychological symptoms and the behaviors that are displayed in active addiction as well. It is only through a comprehensive biopsychosocial approach that lasting recovery can be achieved.