Absolutely Taboo Places to Serve Alcohol That Actually Do

Absolutely Taboo Places to Serve Alcohol That Actually Do 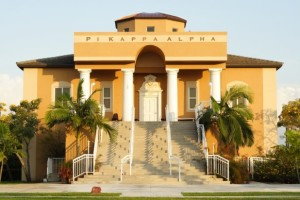 Americans had little reason to break laws surrounding the distilling, transportation and drinking of alcoholic beverages before The Volstead Act, because there were few laws on the books involving alcohol in this country.

Common wisdom would indicate that the alcohol laws most broken around the globe pertain to ones regarding minimum age. Some of the most common examples (at least in the United States) are:

These practices are undoubtedly widespread throughout many countries with the exception of France. Besides the laws concerning age and drinking, there are religious laws, location laws, political laws and days-of-the-week laws, those so-called "blue laws" that still exist in many states.

These are just a few of the many laws surrounding the manufacture, sale, transport and consumption of alcohol throughout the world.

It would probably be wise to examine these laws periodically and throw out the unenforceable ones, those constantly broken because of societal changes, such as, perhaps, the minimum age law and those that are simply ridiculous, such as Alaska's ban on encouraging Moose to drink beer. As a matter of fact, that statement should apply to all laws on the books, not just those dealing with alcohol.