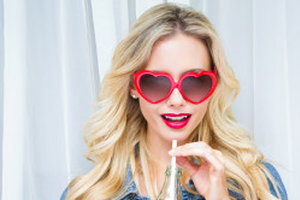 When Justin Bieber was busted a few months ago for popping pills and drag racing in a residential community, some people seemed authentically shocked. Did young Mr. Bieber exercise sound judgement that night in Florida? He most assuredly did not. But consider the incident within the context of every destructive and expensive mistake that we've seen teen idols make in the past five years. Reckless and irresponsible, absolutely -- but was it truly shocking?

You may also recall reading about Selena Gomez's recent public displays of drunkenness, Miley Cyrus's various shenanigans, Lindsay Lohan's various car accidents, or seeing the tabloid photographs of a freshly shorn Britney Spears assailing a car with a folded umbrella. There is a well-documented history of teen idols, and famous people or celebrities behaving recklessly or abusing drugs and alcohol into their early adulthood. It may confuse some because these are celebrities who have accomplished so much by such a young age, and who are beloved by millions of (mostly) young and impressionable fans. Shouldn't more be expected of these young celebrities? That could be part of the problem itself: more is expected of them.

The Garish Glare of the Spotlight

Teen celebrities are under constant scrutiny. Everything they do and say is monitored, recorded, photographed, and tweeted about. They are simultaneously loved and ridiculed by the media and different sects of the general public. They are under constant pressure to meet the expectations of rabid fans, and the constant stream of jeering, taunting and ranting that takes place in the public sphere (and on a larger scale than ever, thanks to Twitter and other social media) at their expense.

How do teen celebrities reconcile their own personal needs and desires--especially at this early stage in their lives, developmentally--with the expectations put on them by their careers and the public to uphold some ultra-sweet, wholesome, milquetoast image?

And the only thing potentially more dangerous than the inordinate amount of pressure placed upon these kids is the inordinate level of privilege that they become entitled too.

Boundless Power Can Be Their Own Undoing

Famous people can presumably afford to buy whatever they want, including substances both legal and illegal. If they want to purchase a Porsche and drive it off of a cliff, they are in a position, financially, to do so. The world is their candy store, and they are forced to learn about the law of diminishing returns the hard way. And there are few things more dangerous than limitless funds in the hands of a young person with access to nearly everything. People who have not yet come fully into maturity and haven't yet had to learn anything about the virtue of self-restraint, and are accustomed to getting whatever they want, might not stop until they've gone too far. This can certainly be the case with drugs and alcohol.

Let's not forget that, while teenage celebrities may seem particularly reckless and destructive, ordinary teenagers are also historically prone to bad behavior. This could be attributed to so many things, such as the fact that teenagers are still maturing and developing--even their brains are still developing. The prefrontal cortex of the brain, which governs organization, impulse and planning, is still developing into adulthood. When you pair poor impulse control with unlimited cash and entitlement, the end result can be lethal.

You may recall the rather heart-breaking story of 1970s teen heartthrob Leif Garrett's car crash. An intoxicated Garrett, a mere five days before his 18th birthday, flipped his Porsche after hitting another car. Garrett suffered scrapes, bruises, and a concussion. His friend Rowland Winkler, 19 at the time of the accident, was left permanently disabled and bound to a wheelchair for the rest of his life.

It's rare that teens who go out and party do so with the conscious intent to do harm. It's not that teenagers are inherently amoral. They can, however, be inherently reckless. It is still tragic, nevertheless, when a teenager's "wake-up call" comes in the form of a catastrophe that causes harm to himself and others.

It may be our first instinct to sneer in disgust or roll our eyes at young celebrities' antics or ridiculous behavior, but we should remember that these are not fully matured adults. They don't yet have any worldly experience. If everything is handed to them, and they are enabled by "yes men" who always get them with what they want, and they have the power to purchase whatever they want, it is not surprising that they will have a meteoric rise and fall. And, instead of our glee and derision, perhaps we should look at them with empathy and glean wisdom from their mistakes. After all, there are teenagers or twenty-somethings engaging in reckless and destructive behaviors all the time -- you just rarely hear about it in the news if it doesn't involve someone famous.

Brandon Engel is a Chicago-based author who writes about a variety of topics -- everything from vintage horror films to energy legislation to drugs. Drugs are of particular interest to Brandon, partially because of the politics surrounding them and partially also because he has experimented with them and has struggled with certain substances in the past--particularly with alcohol. Brandon is sober now and eager to help others overcome their addictions.