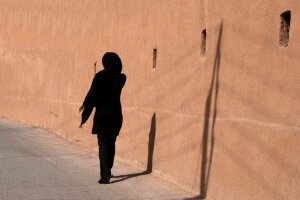 Despite appeals to the United Nations by various human rights groups, Iran remains insistent that their drug trafficking laws will continue to be enforced via the death penalty.

In 2013, Iran put to death 331 drug offenders, an astounding number that was surpassed in 2014, all but showing that the harsh penalties for trafficking are not curving the nation's drug problem.

Iran is a hot spot for opium trafficking due to its 560-mile border with Afghanistan. Afghanistan is the world's largest opium producer, accounting for an estimated 90 percent of the worlds supply.

Faced with neighboring country and poor drug education, 2 percent of the Iranian population is addicted to opiates, making it one of the highest substance abusing countries in the world.

The obvious point is that Iran has a drug problem and they are well aware of the future implications that will occur if these trends continue. The Iranian government takes the numbers seriously, but so far their tactics have been unsuccessful seeing how each year more and more drug traffickers are being put to death.

Mohammad Javad Larijani, the secretary of Iran's Human Rights Council, has spoken out about the harsh penalties and their obvious ineffectiveness when it comes to battling addiction. Although Larijani told France's 24 News that, "We are crusading to change this law," the Iranian government has shown no signs of changing their policy.

International law offers the provision that if a nation chooses to institute the death penalty, they may only use it for the most heinous of crimes. The United Nations does not include drug offenses as warranting capital punishment.

In terms of political and international pressure being placed on Iran, the issue of capital punishment for drug offenders largely takes a backseat to the supposed greater issue of Iran's nuclear program. The overall policy seems to constitute a "lesser evil" philosophy where in which capital punishment is being ignored.

Iran's borders are not going anywhere and despite burning over 100 metric tons of confiscated substances, drug trafficking continues to thrive. In order to combat the problem Iran seemingly must introduce new tactics such as better treatment facilities and drug education so that the nations youth can be better prepared for the society that they will engage with.