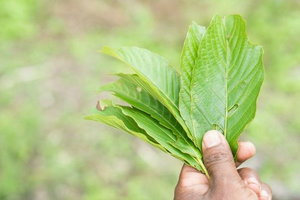 A number of drugs recovering addicts have to pry themselves away from are stimulants of one sort of another. A rushing energy boost that can also enhance concentration and speed is appealing to many people "" especially ambitious people who would prefer to get as much done as soon as possible. Unfortunately, many of these drugs come with serious negative side effects. Cocaine, methamphetamine, and even prescription medication like Adderall all can carry serious consequences for people who become addicted to them. And since these are highly addictive substances, the issue of addiction is real. When a recovered addict finally is free of these types of substances, he or she might sometimes crave an energy and concentration boost that is a little different than the caffeine buzz from coffee. That's where Yerba Mate comes into the picture!

Yerba Mate is a part of the holly species. The plant is made into a tea that is commonly consumed in South America, but has become increasingly popular in other parts of the world. Although Mate contains less caffeine than coffee and many other teas, its energy boost is unique, memorable, and useful for anyone looking for a pick-me-up that doesn't involve turning to hard drugs. With a buzz that is distinctly different from coffee, one of the best perks of Mate is the benefit of drinking the tea beyond the immediate boost.

The energizing tea--which tastes a bit like green tea--is said to be rich in antioxidants. The drink is also touted as a way to help maintain or even lose weight all while aiding digestion and lending a helping hand to cardiovascular health. The way that Mate helps to sustain energy is can particularly useful for those who might have addiction issues with stimulants. It's not as jolting or dangerous as drugs like amphetamines and cocaine, but it raises alertness and, according to countless anecdotes, it does so in a longer-lasting and calmer way than most forms of caffeine.

However, it's important to note that people who drink Mate should do so in moderation (isn't that the key for so many things in life?). Mate is full of health benefits, but some research suggests that people who drink excessive levels of the tea might have an increased risk for specific types of cancer. A person would have to drink more than a liter of Mate a day before having reason to legitimately worry about this possibility, which, for many people, is not a likely amount to consume. In the USA, Mate is not consumed the way that it is in South America, where people are regularly seen walking the streets with Mate and hand and stations with boiling water to refill Mate gourds are present.

It's considered to be perfectly safe to enjoy a glass or two of Mate a day, so go ahead and give this tea a whirl if you're looking for a way to increase your energy and focus without all of the jitters amid your recovery from stimulants.