Are There Degrees of Alcoholism?

Are There Degrees of Alcoholism? 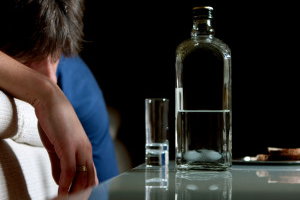 There remains controversy over whether alcoholism is a disease or a moral flaw. There is enough evidence among medical professionals and literature to prove to me that it is a disease. Like all diseases, the severity of the disease of alcoholism varies between individuals and runs in families, much like cancer or hemophilia.

Given this premise, it is clear that some alcoholics are able to function normally, some are not. Some alcoholics can drink socially and never cross the line to private or public drunkenness. Some are able to manage their disease and some are not. This is not a choice, it is the degree to which the alcoholic suffers from the disease of alcoholism.

A Family Case Study of Alcoholism

A case study that illustrates the degrees of alcoholism can be found in my own family history. I'm sure it predates my maternal grandfather, but I have no knowledge of the family history before him. My grandfather enjoyed a good stiff drink on occasion. I do not really know the details of the onset or progression of his alcoholism. I do know that once the Great Depression hit, so did the severity and negative impacts of his disease. He died in his fifties after being hit by a car while jaywalking drunk.

My mother and two uncles drank moderately. My aunt was a teetotaler like my grandmother. I am an alcoholic. My brother, sister, and two cousins were alcoholics of varying degrees. My brother, who definitely suffered from at least a moderate degree of alcoholism, decided to stop drinking cold turkey when he was 31 years of age. He accomplished this task by first downing the last of a bottle of scotch he had on hand. He never woke up. He died of alcoholic poisoning.

My sister and cousin were so ravaged by severe alcoholism, there was no way they could be successfully treated. Both of them were in and out of rehab for years, with minimal or fleeting results. They were completely incapable of ceasing to drink. My sister died of alcoholism at age 41, my cousin at age 44. These two were the most extreme examples of the illness that I have thus far encountered. No one would choose the lives they led. The disease chose them with the full force of its fury. My other cousin underwent alcohol treatment only once and never drank again.

The Science of Medicine and Alcoholism

Alcoholics have been part of human history since the discovery of fermentation. It is a sad reflection on the field of medicine that so little attention has been paid to the disease of alcoholism by scientists working to discover the cure for so many other illnesses. Alcoholism is a disease that, according to Steven Reinberg, writing in the July 2, 2007 of The Washington Post, affects one-third of the United States' population at some point in their lives. This number can be extended greatly by the inclusion of the affected family members and associates that are directly impacted by the alcoholic's issues and behaviors in everyday life.

The sooner our society can overcome the argument that alcoholism is a moral weakness and put it in its rightful place as a disease with physiological underpinnings, the sooner relief will come to the many people afflicted with this terrible, sometimes fatal disease. Medical science needs to see alcoholism as a disease affecting millions. The medical and scientific communities need to proceed as they have always done in order to eliminate or lessen the impact of debilitating diseases through research. Such research is long overdue for the millions of people suffering from alcoholism – their own or their loved one's.