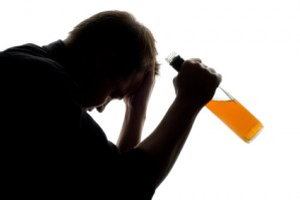 In last week's blog ("Binge Drinking, Part 1"), we talked about how the knowledge that heavy drinking being dangerous is nothing new. What is new is research pointing to the dangers of a type of drinking that is making headlines in a new way: Binge drinking, once the dubious pleasure and luxury of young college students, is being seen more and more frequently in other places among other crowds. Gaining popularity with those in higher income brackets and those who are successful as well as the younger crowds, binge drinking brings with it new dangers not seen in long-term and regular alcohol abuse.

While alcoholism is widely documented and its effects becoming more commonly understood, binge drinking and its dangers are somewhat different. Because it is so popular with those under the age of 25, some of the dangers are specifically seen in that population. Brain damage that is normally not seen until many years later is showing up among those who begin the onset of heavy drinking in adolescence. What this means is that damage is done more quickly and more seriously for those who begin their drinking patterns at much younger than legal age. Because teenage drinking is heavily associated with binge drinking, for many reasons, this is a double danger for those whose onset of drinking comes early.

The reason for this particular risk is normal brain development does not conclude until about the age of 25 for most people. If persons under this age are drinking heavily, even occasionally, as seen in binge drinking, their brain functions do not fully develop. This impacts the damage already being wrought by alcohol to a much greater degree. The collateral damage done by drinking heavily at this time of life carries serious implications for the mental health of all young people. Understanding the signs of developing drinking patterns among the young is something that needs to be addressed.

Another risk recently being seen with binge drinking is that of type II diabetes. By interrupting the process of the brain's insulin receptors, located in the hypothalamus, binge drinking has been specifically targeted as a high risk factor in a study recently published at the Diabetes, Obesity, and Metabolism Institute at the Icahn School of Medicine at Mount Sinai.

When receptors do not function as they should for the uptake of insulin, it begins to flood the bloodstream and becomes a risk factor for what is termed metabolic syndrome; which can lead to type II diabetes or other health risks, such as stroke or coronary artery disease.

Aside from these same risks seen in long-term, chronic alcohol consumption, the discovery of this problem with binge drinking is more people, who may not be termed alcohol dependent or alcoholic, are at risk due to binge drinking. This opens the field for those who drink heavily on occasion, as seldom as once a week over a period of several years. This is nowhere near the drinking range of episodic and troublesome heavy drinkers.

It appears that those who engage in binge drinking may find themselves the focus of medical research as the impacts of their drinking behaviors become problematic. Often believed "not so bad or serious," there might be a tendency to view them as a higher health risk than was once believed.