Book Review: A Piece of Cake by Cupcake Brown

Book Review: A Piece of Cake by Cupcake Brown 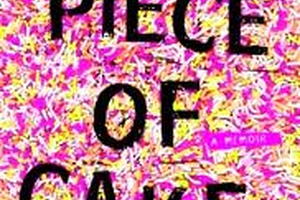 Cupcake Brown has led an extraordinary life. If you were to read about her current life, you would never believe that she went through horrific things as a young child. Before the age of 20, Cupcake Brown had been beaten, sexually abused and raped. She engaged in prostitution and gangbanging and became a homeless drug addict and alcoholic. Cupcake made a conscious choice to better herself and her life and eventually put herself through law school and became a lawyer for a large law firm. Her memoir, A Piece of Cake, is the story of how Cupcake overcame some of the worst things imaginable in order to become more successful than anyone ever imagined she would be.

Cupcake's story begins shortly after the death of her mother. At the age of 9, she is sent to live with abusive foster parents that hurt her physically, emotionally and sexually. Deciding that she cannot stand her surroundings, Cupcake makes the decision to run away figuring that whatever she encounters on the street would be better than what was happening to her at home. It is at this time that Cupcake learns to support herself by prostituting and is introduced to alcohol and marijuana. She soon realizes that the easiest way to survive the atrocities of her everyday life is to numb herself with chemicals, a trend that continues into her adult life.

At the age of 13, Cupcake gets pregnant for the first time. She miscarries the baby after her foster sister beats her, all while her foster mother is looking on. After this incident, Cupcake starts abusing harder drugs on a regular basis, including methamphetamine and cocaine. She finally escapes her life with her foster family when she goes to live with her aunt and cousin in South Central LA. Cupcake's cousin, Fly, teaches her the ins and outs of gangbanging. Pretty soon Cupcake is selling drugs and stealing in order to support her own habit. She gets pregnant a number of times but decides to have an abortion each time.

As Cupcake gets older, she tries to make it on her own, but her drinking and drugging lead her to lose numerous jobs and her apartment. Almost as if by accident, Cupcake manages to get a job as a typist and begins to try to "talk white" after someone bet that she couldn't keep a job and sound professional. Although her drug use continues, Cupcake begins to see her life change for the better and becomes determined to clean up and reach her goals.

Eventually, Cupcake stops using drugs and puts herself through law school. She finally processes the death of her mother, in addition to some of the things that she did in active addiction. She gets a sponsor and works the 12 steps. She accomplishes not only the things that she set out to do, but manages to do what seems to be the most impossible of all--prove that an underprivileged girl who had been abused all of her life can become someone worthy of admiration and inspire positive change in the lives of others.