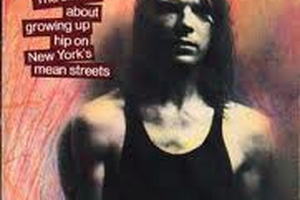 The Basketball Diaries is a collection of entries from the journal of Jim Carroll. This collection focuses on Carroll from ages 13 to 16 and chronicles his experiences living in New York, attending private school, and playing basketball. Carroll had a promising future as a basketball star and was one of the best players on his high school team. Carroll was also addicted to heroin and started using at the age of 13. The Basketball Diaries is not only Carroll's story of being a teenager who loves basketball, but a riveting account of his decent into drug addiction.

Carroll's journal does not seem to have much rhyme or reason to it, except that it is arranged chronologically. The reader could flip to any entry in the book and it would read as if it could have been placed at any other point in the book as well. Carroll's entries seem fluid and timeless. Days and weeks and months seep into one another, with little to distinguish between them - similar to the experience of using the narcotics that Carroll abuses throughout the book. What does stand out about this book is the apparent double life that Carroll leads - sometimes his entries are about hanging out with his friends, playing basketball, and doing stupid stuff that kids sometimes do; other entries are in stark contrast, describing scary situations that do not make Carroll seem like a teenager at all.

At times, The Basketball Diaries is terrifying to read. Carroll records shooting up heroin, prostituting himself and putting himself in several other dangerous situations in vivid detail. It is hard for the reader to remember that Carroll wrote some of these journal entries as young as 13 years old. The other thing that makes this hard to remember is the way in which Carroll writes. Later in his life, Carroll went on to be a well known poet and wrote several other books, in addition to starting a band and writing his own music. Carroll's talent for writing is evident even in his journal entries written at such a young age.

While difficult to read at times, Carroll remains true to what he writes, and his journal never promises a false happy ending. Part of the horror of the disease of addiction is that it is a chronic and relapsing disease, and that is exactly what happens to Carroll. Although Carroll manages to remain clean while imprisoned at New York's notorious Riker's Island, he soon relapses after his release and goes back to the life he was living on the street. The Basketball Diaries is not a feel good account of someone struggling with addiction only to make a miraculous recovery and go on to lead a normal and productive life. It is not a story of redemption that makes the reader feel as if anything is possible. Carroll's teenage years are an in-your-face, no-apologies-given chronicle of addiction that is unfortunately true for more addicts than not.