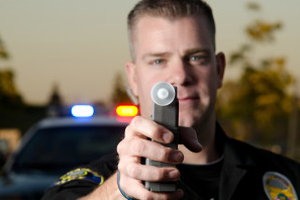 The U.S. Office of National Control Policy has put drugged driving on its list of priorities and a breathalyzer test for marijuana may soon be on its way. Marijuana is considered one of the drugs that can negatively impact a person's driving as its use affects motor skills, judgment and perception, all of which are necessary to safely operate a vehicle.

Annually, about 1.5 million drivers are arrested for driving under the influence of alcohol (DUI). However, the U.S. Centers for Disease Control and Prevention (CDC) reports that 18 percent of fatal car accidents are attributed to drugs other than alcohol, including marijuana.

The marijuana breathalyzer test will follow the same concept as the traditional alcohol breathalyzer test by detecting the substance in exhaled breath at the scene. In this case, delta-9-tetrahydrocannabinol (THC) is the main psychoactive chemical in marijuana and the main target to detect in the test.

The Pros and Cons

Pros to the marijuana breathalyzer test:

Cons to the marijuana breathalyzer test:

The efficacy of marijuana breathalyzers remains in question. The pertinent statistics include:

To make a thorough assessment of the effectiveness of drug breathalyzer testing, the science of how drugs enter the breath and how long drugs stay in the breath still needs further study and evaluation.

The driving impairment window is longer than the 30 minutes to 2 hour breath detection window of time. This makes authorities question the validity of breathalyzer testing.

The National Institute on Drug Abuse (NIDA) developed a breath test that detects marijuana use within the previous 30 minutes to 2 hours, depending upon frequency of use. Studies done to test this method were conducted on chronic or >4 times/week users and occasional users.

The Swedish study recommends the breathalyzer test be used at the scene as a preliminary test, and that the results be confirmed later with a blood test.

Interestingly, roadside saliva testing for cannabis has been done in Europe and Australia and detects the drug for up to 48 hours. This finding also raises a concern about whether or not detection actually coincides with impairment.

Some states, especially those that have legalized recreational use of the drug, have marijuana blood limits:

THC-blood tests are the most popular choice in states with laws regulating marijuana use while driving.

Though more research must be done before finalizing the breathalyzer test, no one should ever get behind the wheel if there is any level of impairment.

Nancy Burgess is a graduate of Laboure College in Boston, MA, where she earned an Associate of Science degree in Nursing. She is a registered nurse with experience with direct patient care and nursing management. Nancy has worked in an acute care hospital setting and in an independent school environment.