Can Prescription Meds Cause Obesity in Kids?

Can Prescription Meds Cause Obesity in Kids? 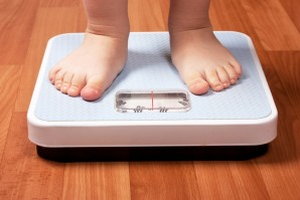 A recent study from John Hopkins University suggests a possible connection between childhood stimulant prescriptions and obesity later in life. Studies have been published in the past about possible correlations between attention deficit hyperactivity disorder (ADHD) and drug abuse and smoking later in life. But obesity?

Scientists were initially confused–why were ADHD kids also often times obese when they reached maturity? It didn't stand to reason that children who are hyperactive would be gaining weight since hyperactivity, in theory, should lead to weight loss. Also, most drugs that are prescribed for ADHD are stimulants, which accelerate metabolism and should also, therefore, lead to weight loss.

A group of researchers from John Hopkins University Bloomberg School of public health monitored the same group of 163,000 children between the ages of 3 and 18, for 13 years. There results were fascinating:

Scientists believe that this study indicates that children who take prescription drugs such as Ritalin, Concerta, and Adderall, continue to feel the effects of the drugs for years after they stop taking them. Schwartz said that whatever effect it has within a short period of use, prescription stimulants can "alter your BMI trajectory for a long period of time."

No one seems to know, conclusively, the reason why. Scientists believe that the children's brains are still developing, and the drugs could be interfering with normal appetite signals transmitted by the brain. More data is needed to confirm whether or not this is true. If so, this can be a cause for concern as more and more pediatricians are prescribing psychotherapeutic drugs to preschoolers.

The obesity epidemic in the U.S. has been called "astronomical," according to Dr. Marion Nestle, the chair of New York University's department of nutrition and food studies. Data from the Center for Disease Control says that 15 percent of children between the ages of 6 and 19 in the United States are overweight, while 31 percent of adults are obese. Schwartz warns that by prescribing these drugs, we could be contributing to the obesity epidemic in the United States.

As with any medication, one should always consult with a doctor to discuss the the medical benefits as well as possible side effects.

Brandon Engel is a Chicago-based blogger who writes about everything from film, to energy legislation, to drugs. Brandon is particularly interested in drugs, partially because of the politics surrounding them, but also because he has experimented with them liberally, and has struggled with substance abuse in the past–particularly alcoholism. Today, Brandon is fighting to stay sober, and is committed to helping others who struggle with addiction.