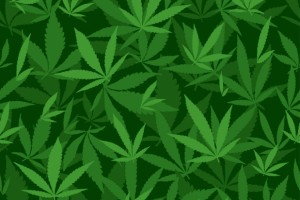 Contrary to what you may think, your brain is not like a tape recorder. Your memory is a malleable process that is subject to a number of distortions and interferences. For instance, empirical research on the memory process indicates that when you recall something, the process that occurs in your brain is very similar to the process that occurred when the brain actually learned or originally experienced the event. Thus, any influences occurring when events actually happened or when you recall them can actually change what you recall. This process can be so disruptive that people actually report remembering things that never really happened to them.

False memories are recollections of events that actually never happened. They are observed to some extent in healthy individuals and to a greater extent, in individuals with neurological disorders and psychiatric disorders, as well as present itself in older individuals as a sign of aging [1].

A recent study out of the University of Barcelona looked at the effect of cannabis use on memory distortions [2]. The researchers used a sample of 16 heavy cannabis users who had no history of neurological or psychiatric conditions and had never sought treatment for their cannabis use. In the study, "heavy cannabis" was defined as the daily use of cannabis for the previous two years. Individuals in the study had also stopped using cannabis for one month prior to the study, which was verified via urine analysis.

The cannabis user group was compared to a non-cannabis user control group on a word learning task. They were shown a series of words to remember and after a few minutes shown the original words and words that were semantically related to the original words or were not related at all. All of the participants in the study were asked to identify words that were in the original learning list. Cannabis users reported previously seeing the semantically related words to a significantly higher degree than the control group.

The researchers also used magnetic resonance imaging (MRI) to investigate processes occurring in the brains of all the subjects in the study and found that the cannabis consumers demonstrated a lower activation in the area of the hippocampus, a brain area which is known to be extremely important in the formation of new memories. The study also found that individuals with heavier cannabis use demonstrated lower activation in the area of the hippocampus than individuals with a history of less cannabis use or no use at all.

The findings indicate that cannabis consumers are more vulnerable to distortions of memory even if they have not consumed the drug for a time period lengthy enough to remove detectable traces of cannabis from their system. Thus, cannabis may have a long-term effect on the areas of the brain that allow individuals to differentiate between real and imaginary experiences or events. These types of memory distortions have significant implications for legal cases where individuals who use marijuana regularly are called on to offer testimony that requires them to use the recall of past events. Moreover, cannabis use may lead to worsening problems with age - related memory issues and while not investigated this particular study might the exacerbate the symptoms of dementia.