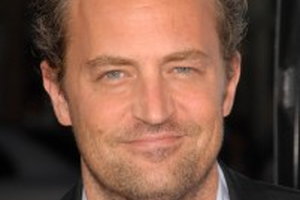 Looking back over the career of Matthew Perry, the star who at one point received $1 million an episode on the hit show Friends, it appears he had everything—fame, fortune and a celebrated career. But behind the scenes, he was struggling with alcoholism and an addiction to prescription drugs.

After a few health scares—acute pancreatitis and severe abdominal pain—and multiple stints in rehab, everything clicked. Now, after years of sobriety, the 43-year-old is giving back in huge way. Not only is Perry an advocate of the drug courts, whereby he is lobbying to have nonviolent drug offenders rehabilitated through therapy versus jail, but he has partnered up with intervention professional Earl Hightower and converted his former Malibu mansion into a sober-living home, known as Perry House, a facility strictly geared toward the one-third of American men who have, at some point in their lives, been dependent on drugs, alcohol, or both.

What Makes It Unique

Perry House's philosophy is to tap into the whole person—the body, mind, and soul of its clients— with the aim of helping them center their lives so that they may have the opportunity to experience freedom from their addiction:

Mind: The facility believes the mind is where recovery starts and addiction ends. Drugs highjack the brain's reward circuit and cause a flood of the neurotransmitter dopamine to be released, giving the user an intense feeling of intense pleasure, the "high." Perry House offers 12-step workshops, educational recovery, one-on-one therapy, group sessions, therapeutic support and occupational support, with the idea and goal being to trigger the brain's reward center through positive reinforcement.

Body: Detox is key to purging the body of toxins and damage from substance abuse. Once the contaminants and chemicals have been removed, the facility can then incorporate a health plan that includes a nutritious diet and outdoor physical activities.

Soul: The spirit is what connects the body and mind; it is at the epicenter of everyone's being. Emphasis is placed on meditation and spirituality at Perry House. Awe-inspiring amenities like ocean views from every room make it easy for patients to become centered and calm, to let the healing flow.