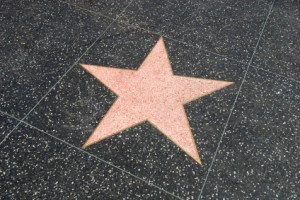 Choosing to become sober is one of the most difficult decisions an individual can make. Addiction is a life-long illness that requires the person to make a conscious effort—sometimes every single day—to refrain from alcohol or drug use. When it comes to celebrities, relapse often occurs because the substances serve as a crutch to help them get through periods of loneliness and depression that can result from the rise and fall of fame and fortune. They may also be in denial or fail because they neglected to cut off ties with other substance abusers and suppliers.

As much as Hollywood loves to see celebrities fail, it too hails them when they rise from the ashes. Last month, actor Rob Lowe received a good deal of media attention after he announced that he was celebrating 23 years of recovery. An alcohol addiction that threatened his life and career while in his 20s was reversed when he entered rehab and turned his life around in 1990.

What led to this event? It was simple, "I was ready," he recently told CNN talk show host Piers Morgan. "Unfortunately, the only thing that works is that you have to want to get sober for you."

Here is a list of celebrities who have also recovered from drug and/or alcohol abuse:

Sixty pints of beer, 20 ecstasy pills, 12 bottles of red wine, six grams of speed, four grams of cocaine, half an ounce of hash, and three bottles of Jack Daniel's. At one point in time all of this had been consumed within a week by former bad-boy actor Colin Farrell, who in 2005 turned to sobriety after the birth of his two children.

Actor Samuel L. Jackson hit rock-bottom before deciding to seek help for a crack cocaine addiction that led to an overdose in 1991. When he entered rehab more than 20 years ago, it was his last and only option after several failed attempts to get clean on his own.

"Piano Man" Elton John has been in recovery from a cocaine and alcohol addiction for more than 20 years. He had an eye-opening moment after meeting Ryan White, the Indiana teen who contracted AIDS via a blood transfusion. When White died in 1990, the singer said he reflected on his life and addiction and realized that much of his life in the '80s had been spent in a drug-induced state instead of helping those in need.

Robert Downey, Jr. rose from the ashes after his career plummeted from a long-term addiction with alcohol and drugs (heroin and cocaine). Almost 10 years sober, the actor said his life was in shambles and after helping hands continue to reach out, he finally decided to reach back out.

For rapper Eminem, getting sober five years ago was a life or death decision. After overdosing on methadone, he subsequently failed a sobriety attempt, relapsing within three weeks and engaging in the same amount of drug use as he had previously. "That's what really freaked me out," he told Rolling Stone in an interview regarding his battle with methadone, Vicodin, ecstasy, and marijuana. "That's when I knew: either get help, or I am going to die."

"Harry Potter" star Daniel Radcliffe addressed his alcohol addiction in 2010 after the substance began to wreak havoc on his life. He admitted to being drunk while shooting the high-grossing film and recollects waking up many mornings not knowing what happened the night before. "I just felt like I was chasing chaos and making my life difficult, all the time thinking I was having fun," he told GQ magazine. Now, almost three years sober, he realized that a sober life is one that's "lived without dread and fear, and that is lovely."