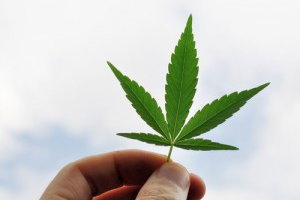 Did you see Miley Cyrus openly smoking pot last month at the European Music Awards? While most marijuana users might not be so brash, more people, celebrities obviously included, are becoming more outspoken about their pot usage. Thus, marijuana laws are changing as people are becoming more and more accepting of pot for both medical as well as recreational usage

Drugs and music have been co-passengers of the cool express since forever. So it is no surprise that Willie Nelson remains adamantly public in his pursuit of high. What is hard to understand is, why not go where the laws are friendlier than Texas? Try Colorado, Willie! Willie has experienced several arrests (three in Texas) for possession, with varying degrees of penalty and punishment. He is a strong and outspoken advocate for decriminalization of pot and raises awareness and money when not under arrest.

Then, of course, we come to Snoop Dogg, one of the most vociferous voices on behalf of pot in the media today. Snoop was in one of the (according to a Rolling Stone poll) top 10 pot movies of all time, Soul Plane. He openly shows pictures of his son learning to smoke a bong correctly.

Another musician/pot advocate is Rihanna. She posts pictures of herself on Twitter and Facebook smoking and enjoying the smoke. Her public use of pot has become accepted as "what she does."

Cameron Diaz openly states that she "probably" bought pot from Snoop Dogg in high school. They attended at the same time and he was certainly the pot head to know in that location.

Recently, speculation became known fact about Justin Bieber, who was caught on film smoking. This does quite a bit to enhance his image for some of us.

Other celebrities who openly espouse their love of the ganja are Whoopi Goldberg, whose comedy is certainly of the high variety and Morgan Freeman, who is 75 years old and reportedly will never give it up. So we all know what else is on his bucket list.

Others are stepping up to voice their support for decriminalization or in support of medical marijuana. Some, like the stars of the this year's stoner movie This is the End are well known for loving pot and it's high. Whatever the reason, public support of marijuana use is hitting a critical tipping point and changing laws across the country regarding its use.