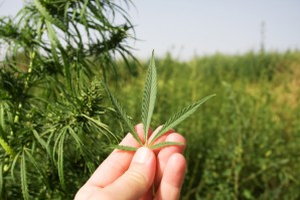 Unheard of just a few short years ago, popular opinion on marijuana use is changing. As popular opinion changes, U.S. pot laws are being changed to accept wider use, both medically and recreationally.

As the public sector begins to recognize benefits for medical marijuana, use increases from state to state. Along with an increasing acceptance of its benefits comes the desire to lessen the burden for those who seek to procure medical marijuana in the U.S.

Which Generation Is Pro Pot?

The generation who most actively experimented and lobbied for legalization is now becoming a senior sector. The baby boomers who brought marijuana into the spotlight with their experimentation in the 1960s are reaching retirement age. Their support of marijuana legalization was, for many years, an underground wave that has become a visible presence throughout the world.

As the largest generation becomes elderly, their increase in pain pill addiction is growing. Use of medical marijuana may alleviate some of this trend. While none can continue to argue against its pot's addictive properties, the danger of addiction of marijuana perhaps seems less threatening when compared to pain pill addiction.

The Future of Pot

Passage of legalization statutes in Washington and Colorado give new strength to the battle for pot legalization. These successes are believed to be the platform from which further campaigns will be launched. Small changes are seen nationwide with each election. Greater tolerance is viewed with first medical marijuana, then with personal use. Determining the level of use for medicinal purposes is difficult, and guidelines are moveable. With increased flexibility in regulations comes stronger pushes toward eliminating restrictions altogether.

Nationwide, laws are changing, and as these shifts occur, larger openings are left in state laws that allow conversation about legalization to become more viable. As more open conversations take place, popular opinion changes. Between 2006 and 2012, negative opinions of recreational marijuana use dropped from 50% to 32%. This is a sizable shift from a minority opinion to one of majority. For the first time in over 50 years, the majority of Americans are in favor of legalization.

As the nuts and bolts of day-to-day life with legal marijuana are put into place, it will be interesting to see how widely accepted pot becomes. It is already now legal to sell pot for everyday usage in Colorado, and other states will likely follow suit.