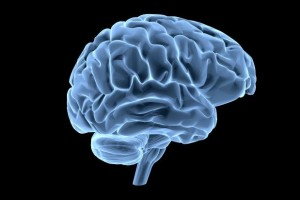 More than 800,000 people in the United States suffer from cocaine addiction. They are known to be highly impulsive without regard to negative consequences, possibly due to increased cocaine relapse. Many scientists speculate that this impulsivity may serve as an important behavioral target for the development of relapse prevention medications.

In attempt to end cocaine addiction, medical researchers have searched for a medication that can help end this dependency. Regretfully, many of these past attempts did not see complete success, but they've shown hope.

A new scientific study has discovered that the brain function of cocaine addicted people who demonstrate highly impulsive behavior differs from the brain activity of those who are not addicted. During this research, the left caudate, which is a brain structure known to control motor function, performed differently between cocaine users and non-cocaine users when answering specific questions.

To measure impulsivity in the study, scientists used a common test called the "Go/NoGo task." This monitors a person's ability to inhibit an impulsive response. More on how this task is administered can be found here.

The findings led researchers to believe that "Targeting altered brain connections in cocaine addiction for therapeutic development is a fresh idea, offering a whole new arena for research and the potential to promote abstinence and prevent relapse in these vulnerable individuals."

The Brain During Relapse

In addition, a report published last month examined how cocaine can alter the brain, leading to more common relapses addicts. The process is a bit intricate to understand, but provides incredible insight for the possibility of reducing relapses.

The findings suggest that stress may cause "profound changes" in the brain and therefore, play a role in increasing the risk of relapse in cocaine addiction addicts.

This new research pinpointed a mechanism in the "reward center" of the brain that identifies how cocaine addicts relapse after stressful events.

Perhaps more importantly, this animal study detected a potential mechanism for protecting against such relapses.

Here is what took place during the research:

They concluded that "Our research showed that cocaine disrupts the interaction between receptors and these changes… [This] could increase the risk of relapse under stressful conditions."

The next step is to design a process that can restore this broken interaction between neuroceptors to minimize stress-driven relapse in cocaine addicts.

These two recent studies certainly provide hope and provide the foundation and opportunity for the development of new, more targeted methods for reducing addiction-based relapses, especially with the highly dependent drug, cocaine.