Designer Drugs: What Are They?

Designer Drugs: What Are They? 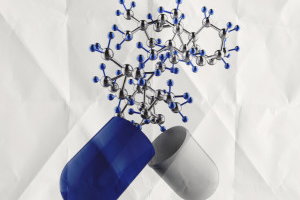 New drugs are routinely created from other known drugs to eliminate side effects or to enhance benefits recognized by their use over time. In the creation of a new drug formulation, scientific researchers identify a particular property of the original drug and enhance that property to improve treatment of a condition that may be difficult to treat with existing drugs.

This system of drug development can go awry when the new drug is created from an illegal drug or is created without regulation. Unfortunately, such drugs proliferate in today's world. Take, for instance the popularity of hallucinogenic drugs used for recreational purposes over the course of the last 60 years. In the 1950s, experimentation with LSD showed that it had promise as a treatment for schizophrenia. As research and experimentation continued, it became known that LSD could be enjoyable beyond its application in the mental health arena. The drug became popular for use as a party drug, producing a mind-expanding experience that some people deemed an aid for higher-consciousness seeking and spiritual development not possible without the substance. LSD quickly grew in popularity and became widely used. This new market for LSD created new labs that produced the drug. A synthetic drug derived from LSD was created in 1973 by two men who developed ALD-52. This new drug, ALD-52, would be considered a "synthesis drug" or "designer drug," though these terms were not in use at that time. The development of ALD-52 was the first case to be prosecuted for the creation of a new synthetic drug from the original formula for LSD.

The Birth of Designer Drugs

Since that time, literally hundreds of designer drugs have been created. They run the gamut of categories, from opioids to hallucinogens, stimulants to steroids. The term "designer drugs" was first used to describe these synthesis drugs in the 1980s when they began to appear so quickly that drug enforcement agencies had a difficult time tracking them. These drugs are created by synthesizing one or more active agents in the original drug, and their production is often unregulated. They are created as a new substance to buy and sell. In many cases, designer drugs are illegal or only quasi-legal and, unfortunately, a whole new generation of drug addicts are buying them.

There are some instances where designer drugs have legal applications, as well as illegal ones. The difference lies in the the entities that are creating them. For example, amphetamines are produced legally, and are legally synthesized to create methamphetamine. However, methamphetamine is seldom used for legal (medical) purposes, due to its inherently addictive properties. The ease of the synthesizing process allowed for the creation of home-made meth, which became popular as a street drug that has done irreparable damage to millions of users.

Ongoing production of designer drugs or synthesis drugs like PCP, methamphetamine, MDMA (ecstasy), and bath salts is a dangerous process. Each time a new synthesis drug is made, the ingredients used are made illegal by governing agencies responsible for taking those chemicals off the open market. As this occurs, new formulations of synthesis drugs are created and new synthetics are developed. This is done for the sake of profit, not health. Marketed to addicts who are desperate and will use whatever new version of their drug becomes available, these synthesis drugs have killed untold numbers of people. Keeping up with this type of illicit drug production is seemingly impossible for reinforcement agencies.

The Marketing of Designer Drugs

The draw for those in the drug trafficking industry, is to create these ever-evolving synthesis drugs while they can legally obtain the necessary ingredients and market the drugs before new laws and regulations are passed. Chemists and lay persons search for ingredients that allow them to market products such as bath salts, synthesized marijuana (also called Spice), and some synthesized opioids that mimic their legal cousins (such as Acetyl Fentanyl). Even sexual performance-enhancing drugs are now being illegally synthesized, due to the demand for these drugs outside of legal parameters. The synthesized versions of these drugs are less expensive and easier to produce, due to the as yet unknown compounds that are used to make them. Unfortunately, the synthesized versions can be deadly, due to the change in formulations and substitution of unregulated compounds. And, as each new designer drug appears on the open market, there are heightened risks for unknown side effects.