Drug Abuse among Artists: Why Is It So Prevalent?

Drug Abuse among Artists: Why Is It So Prevalent? 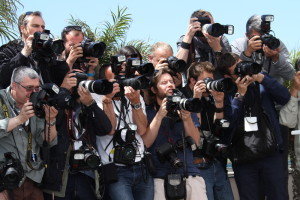 With every high-profile celebrity who dies prematurely because of drugs, the world is reminded of the prevalence of addiction amongst celebrities and artists.

What propels someone toward creative self-expression (a yearning for acceptance, the need for an escape, or simply the compulsion to express potent emotions) are the very same things that can propel someone toward alcohol and substance abuse. We see the modern day manifestations of this all over the Internet. Think about the social media response to Philip Seymour Hoffman's recent heroin overdose, or to the Twitter frenzy surrounding Justin Bieber's recent incarceration after he was caught drag racing while intoxicated in Florida.

Think back just a few decades, to Hollywood's golden age, when the public would have been reading stories about celebrity addicts like Judy Garland and her drug and alcohol problems. And later, Marilyn Monroe and her drug overdose. Or later still, when people were reading about Janis Joplin and her drug overdose. And then it was Jim Belushi. More recently, it was Whitney Houston. If you really think about it, the list of artist-drug-addict names extends on and on. So many creative celebrities struggle with their dependency on substances. Like everyone else who struggles with substance use, these celebrities also likely suffer from underlying causes such as anxiety or mental illness.

Author Kay Redfield Jamison wrote Touched With Fire, a book which examines the correlation between mental illness and the creative temperament. According to Jamison, many visual artists, writers, and musicians displayed symptoms characteristic of bi-polar disorder long before such a diagnosis existed. Jamison makes the case that writers like Lord Byron, Mark Twain, and William Faulkner all displayed symptoms characteristic of bi-polar disorder. And, incidentally, all three of them were known to drink heavily. Many experts now believe that Marilyn Monroe suffered from undiagnosed bi-polar disorder or borderline personality disorder. She also drank heavily (reportedly, champagne) and popped pills.

Drugs Are Perceived as Enhancing Creativity

One reason why artists gravitate toward drugs is likely because they feel that drugs diminish their inhibitions. They use substances to tap into their creativity. Many musicians, including Carlos Santana and Willie Nelson, have publicly expressed their fondness for marijuana. Comedian/writer George Carlin also advocated for it as a creative aid, if used "judiciously," but also went on to concede that compulsive drug users inevitably reach a point of diminishing returns, and they either muster the strength to beat their addiction, or they succumb to it.

The Trappings of Fame

It can be difficult for the average person to understand why creative celebrities are prone to self-destruction. These are people who are revered for their artistic talents and have seemingly greater agency over their lives than most people. But the reality is that celebrities are as vulnerable to self-sabotage as anyone else.

For some celebrities, substances become a means of dealing with the anxieties caused by the lack of privacy that comes with fame. The onslaught of public attention is too much for some artists to deal with. A profession in the arts is also typically less stable then your conventional nine to five job, so that must create its own set of anxieties which might propel someone towards using substances. Conversely, many artists seem to panic when they reach the pinnacle of their success. It's one thing to become famous for doing what you love -- it's another thing to sustain a fruitful career in the arts. For some, like former Nirvana front man Kurt Cobain, the problem seemed to be that the profession itself didn't yield the joy he had expected, and that the guilt he felt over his depression, compounded by drug abuse, might have propelled him towards suicide.

For some celebrities though, bad behavior seems to be largely the product of hedonism and a propensity to act upon impulses without fear of consequences. Many live by the sword, and many of them die by it.

People come to rely upon different substances for different reasons, and it stands to reason that people who experience pronounced shifts in mood frequently or endure stresses consistently, would be especially at risk. Artists are people easily tempted by a source of instant gratification, whether that is in the form of cigarettes, marijuana, alcohol, or other substances. And, while the public is quick to pass judgement, let us remember that a famous person is still just a person. They have foibles. They have weaknesses. They make mistakes. Celebrities are idolized and revered -- both celebrated and vilified by the public -- but we should remember that they are fallible people with their own, unique set of problems. When one of them succumbs to addiction, that can be a wake-up call and lesson for us all.

Author Brandon Engel is a Chicago-based blogger who writes about a variety of topics -- everything from vintage horror films, to energy legislation, to drugs. Drugs are of particular interest to Brandon, partially because of the politics surrounding them, and partially because he has himself struggled with them in the past -- alcohol and marijuana in particular. However, Brandon is sober and in good health today, mentally and physically, and eager to help those who are struggling with drug addiction.