Drug Tourism Destinations to Avoid If You're Clean and Sober

Drug Tourism Destinations to Avoid If You're Clean and Sober 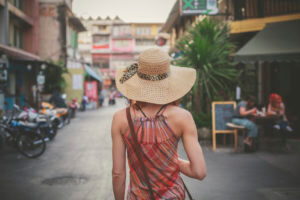 Traveling is expensive, even when you do it the cheap way. But we all eventually need a vacation; each of us need an opportunity to change our environment and thereby, change our perspective. However, not all vacation destinations are created equal. There are good and bad destination choices as well as everything in between. It mostly depends on the individual traveler. If you are in sobriety and looking to avoid drug culture, there are certain destinations you'll want to be sure to avoid.

You might not recognize a destination as a name in drug tourism, but it's good to do your research if you're clean before booking a trip. A city that might not seem like a place that attracts drug users from the outside looking in might turn out to be anything but once you have arrived. If the latter winds up being the case, you could inadvertently find yourself inundated with drug culture, drug use, and temptation. Your "vacation" could easily become a nightmare of an exercise in self-control and walking on ice. You can avoid some of the biggest current drug tourism destinations by familiarizing yourself with the ones on this list, information from your own research, and making informed decisions based on your findings.

2. The Amazon Region Known for Psychedelics

Amazonia ayahuasca havens are dabbled throughout the Amazon region and in other parts of Latin America, as well. Tourists travel from across the globe to use this powerful psychedelic. The drug is often taken as a part of an ayahuasca "retreat." Its use is seen as sacred and even a native right of passage for some visitors to these areas, but these destinations should be avoided by people who want to keep a distance from psychedelic use, especially those with a history of psychedelic use themselves.

3. The Cocaine Capital of the World: Colombia

Cocaine in Colombia is still very much a thing. Despite the government's efforts to crack down on the white powder that has made the country famous, the shadows of Pablo Escobar are still creeping around everywhere, enticing tourists who had cocaine in mind when booking their trip. As pointed out in this article, cocaine is still readily abundant in Colombia and might even provide fodder for a relapse for someone with a history of cocaine use.

Certain regions of the US are notorious for this combination.

Moonshine and pill-mills are partners in crime in some US states. Spanning from the southern Ohio border and West Virginia and Kentucky all the way down to some areas of Florida, the Appalachian region of the US is notorious for the number of pill-mills present, but also, as most locals will tell you, the easily obtainable moonshine. These specific regions might not be the best destination for a person who has a struggle with pills "" specifically painkillers or anxiety medication "" or a history with alcohol abuse. These areas, which often see a great deal of prescription painkiller abuse, typically also are high in heroin use and availability as well as other opioids.

Heroin and several other drugs are widely available in Southeast Asia.

Southeast Asia has long been a destination those seeking heroin, as well as other types of drugs. Specifically speaking, Laos, Myanmar, and Thailand are particular hubs of drug tourism in this area. With Afghanistan and Myanmar leading the way in opiate production, it hasn't been difficult for travelers in nearby countries to access heroin. Likewise, the area has also become a hotspot for ecstasy, magic mushrooms, speed and prescription pills.

Making the right destination choice in terms of drug culture is important for recovering addicts.Â These are just a few of the drug tourism destinations for you to consider before making any travel plans. No matter your destination, do some research beforehand to understand the local drug culture and how appealing the destination might be to drug tourists. Doing this might save you from a relapse.