Drug Tourism: Will Travel for Drugs

Drug Tourism: Will Travel for Drugs 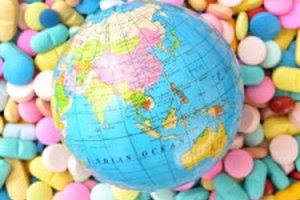 Traveling to destinations where drugs are more freely or legally available is not a new idea. Since the travels of Marco Polo, who went to China to get spices and teas that were not available at home, people have been going far from their home ports to areas of the world where things could be easily accessed that were not available where they live.

Drugs that tourists travel the world to obtain are either illegal or restricted in this country. The most frequently sought destination for drug tourism is the Netherlands. Because public marijuana usage is widespread, many people go there for the experience of smoking pot publicly and openly, such as in cafés and bars.

One destination for drug tourism is Southern Morocco for hashish. Long known for its strict laws regarding removing hashish from this environment, doing so can become a nightmare experience for those who make the attempt. Some parts of India have legal hashish available and are frequently sought travel destinations for those who seek the experience of using without repercussions.

Australia also has regions where marijuana is used freely, openly and legally. Those who travel to the areas of South Australia and Capital Territory can easily travel there from New South Wales and Victoria. This travel is encouraged and allows drug tourism to flourish into these regions. Travelers may enjoy these benefits in some new parts of both regions.

Ayahuasca is a drug available in the Amazon regions of South America. Used as a hallucinogenic drug for those who are hoping to step into higher realms of consciousness, it can be used and obtained in regions in remote areas where indigenous people use them for spiritual purposes. Travel to these areas is frequent for obtaining this drug. There are other plant-based drugs in this area of the world used for the same purposes and draw attention for drug tourism. Again, transporting these drugs out of the area is punishable by international laws.

Drug tourism in South America has been consistent in the regions where cocaine is available, and smuggling is a big problem there. Because indigenous people in many countries have chewed coca beans for centuries, many go there to discover the use of a drug that is highly addictive and become embroiled in the culture of drug smuggling. There are cocaine bars in parts of Bolivia and Peru.

Opium dens in Asia and Southeast Asia have been attractions for centuries and still attract those who wish to have the opium den experience.

Another form of drug tourism is the ease and lower cost of prescription medications in Mexico and/or Canada for those in the US, where prescription drugs are highly priced. This is equally illegal and punishable by the same laws governing all of the drugs discussed here.

Where the experience can become especially dangerous for the tourists is where they cross the line of having the experience with drugs that are being used legally in that region and then attempt to take them out of the region. Smuggling drugs from one location to another is a violation of international laws which is punishable by imprisonment in most countries.