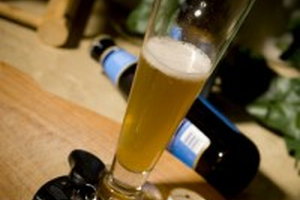 Research is showing a dangerous, upward trend in drugged driving in the US. Along with the increase in prescription drug use and abuse, an increase in fatal traffic accidents is being linked. Drug use is shown to increase the risk for deadly car crashes by three times its normal rate; and when combined with alcohol, the risk is 23 times greater. Presence of drug use was discovered in 32 percent of deadly accidents, and approximately one-fifth of drivers tested after a fatal crash were positive for alcohol, combined with at least one other drug.

A study on Highway Traffic and Safety reports that 16 percent of those driving on weekends and at night tested positive for drugs prescribed and illicit. Eleven percent was under the influence of illicit drugs. Another survey conducted in 2009 reported that 10.5 million people aged 12 and older reported driving under the influence of illicit drugs. These numbers reflect the same tendency, an increase in drugged driving.

An increase in traffic fatalities may be explained in many ways, according to those who advocate for legalization of marijuana nationwide. They point to the fact that there are more drivers on the highways and byways than ever before; an increase in population increases drivers. True, but the increasing numbers of admitted illegal drug users who drive makes this all the more frightening. As traffic increases with numbers of people on the planet, an increasing number of drivers who are high is substantially more likely to harm others. This is simple arithmetic.

Testing for drug use of a driver involved in a motor vehicle accident is often standard procedure. When the accident itself appears to have been caused by reckless or intoxicated behavior on the part of one or more drivers, police responding to the scene may request that the drivers involved participate in testing. Refusing to test may implicate the driver(s) as suspect. The guideline for testing is "suspicion" of intoxication or drug/alcohol use by the responding officers. This may be the scent of alcohol or marijuana, behaviors that are associated with alcohol/drug use, or presence of one or the other in the vehicle(s) of the crash. When any of these are present, arrest will occur and testing will be done to determine presence of drugs or alcohol. In the state of California, there is a clause stating that "implied consent" for testing occurs when a driver is on the roads anywhere in the state. Therefore, failure to agree to testing is determined as a guilty plea.

Penalties for drugged driving vary, according to the area and state within which they occur. Other factors to be considered are whether or not the accident resulted in an injury or death, how many persons were injured or killed, and the situation(s) surrounding the accident. In California, the penalty for driving under the influence (whether alcohol or drugs), is rated in three levels, for three possible concurrent arrests. The penalties increase with each arrest; after three, all sentences are increased accordingly. Sentencing in the case of an accident with injuries or death to other persons is decided in courts, with charges beginning at involuntary manslaughter for a death and attempted murder charges being leveled at the intoxicated driver.