Drugs and Hip Hop: Who's Singing Their Praises?

Drugs and Hip Hop: Who's Singing Their Praises? 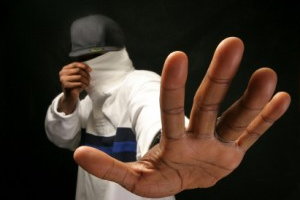 In hip-hop and rap, nothing is off limits; everything is put on wax—from dealing cocaine and crack on the streets to personal indulges with codeine, marijuana, alcohol, and ecstasy. The lyrics are often glorified and enticing because they speak of a time when the artist was in such poverty that he felt forced to drug deal. Or, maybe he has reached a pinnacle in his career and views drugs and alcohol as a social or recreational tool, much like rappers Lil Wayne and Tyga. Quite possibly, drug use can be triggered by the rise and fall of fame.

When Lil Wayne was rushed to the hospital several times this year for violent seizures that were suspected to be caused by long-time drug abuse, people began to wonder which substance had been the cause. Well, the hailed rapper has admittedly consumed codeine, smoked marijuana, and popped pure ecstasy, but there have been rumors of cocaine use. Throw alcohol into the mix and there's no telling what did the trick. Still, the event made headlines and opened a discussion about drugs and hip hop.

Here is a look some of the most talked about drugs in music:

When cocaine is snorted or injected, the individual may have a sense of euphoria, increased energy, a heightened mood, lack of inhibition, and increased social skills. These characteristics are ripe for people who need to rub elbows with the right people in order to land the next gig, or who have to display extra personality to keep the viewing public interested.

The freebase form of cocaine, crack is quickly absorbed into the blood stream when snorted or smoked, leading to increased energy, extreme confidence, alertness, and a sense of euphoria. Considered to be a "low-level" drug that is often used by the poor, lyrics oftentimes reference crack in terms of drug dealing or the effects it has had on their community.

Lyrics that make you go hmm: "You're shucking and jiving, stealing and robbing to get the fixing that you're itching for. Your family stopped inviting you to things, won't let you hold their infant. You used to get a little cut up from time to time, but the freaks ain't trying to sleep with cracky." –Frank Ocean

The synthetic party drug, E is taken by mouth or snorted and acts like a stimulant and hallucinogenic. When used, all of the senses are stimulated and heightened, paving the way for an amped sex drive and mind-altering experience. With groupies lined up and ready to engage in all sorts of sexual acts, such a drug can be very attractive, for it is likened to Viagra in that it can extend the individual's sexual performance and make ejaculation more pleasurable.

Lyrics that make you go hmm: "Every Molly got my body feelin' like I'm outer body. I'll be high and above the rim, Amare Stoudemire" –Gunplay

Marijuana—derived from the cannabis plant—is a psychoactive drug and medicine that can heighten one's mood, make the user extremely calm and relaxed, provide a sense of euphoria, and increase appetite. For artists who are stressed by the demands of their industry or by the long hours in the studio dishing up rhymes and mixing, cannabis can become a release. Just look at Rihanna, who recently posted a picture of herself in an Amsterdam café with two large spiffs that looked like party blowers.