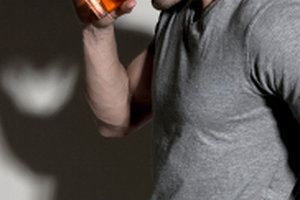 Addiction can be a tricky foe. Often, a person doesn't even know she's become dependent on a substance until it's nearly impossible to quit. But the sooner she gets help, the greater her chances for a successful recovery. While early stages of addiction can be hard to recognize, there are a few telltale signs that can help you identify potential substance abuse in either yourself or those you love:

According to the American Psychological Association's Diagnostic and Statistical Manual of Mental Disorders, the criteria for diagnosing of substance abuse are:

Additionally, smaller behavioral changes can lead to one or more of the criteria above: Stealing money to buy drugs will ultimately disrupt interpersonal relationships, for example, while fist-fights can cause legal issues if someone presses charges for assault and battery.

If you suspect you or a loved one may have a problem with drugs, the most important thing you can do is get help as early as possible. The sooner someone receives treatment, the better his chances to stop the cycle of addiction.

Morningside Recovery is a world-class recovery facility dedicated to providing the excellent care for individuals who are chemically dependent or suffering from co-occurring disorders. Visit MorningsideRecovery.com to learn more more about Morningside Recovery's mental illness, addiction, or other treatment options.