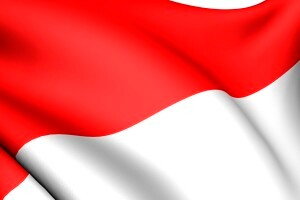 The April 29 execution of two members of Bali Nine, a group of heroin smugglers arrested in 2005, has led an Australian foreign diplomat in protest of the executions. Other Bali Nine members are currently being held in prison, but none are serving a death sentence.

After serving almost a decade in prison, Andrew Chan and Myuran Sukumaran, who are Australian nationals alleged to be ringleaders of Bali Nine, were executed after being given a 72-hour notice. Australian authorities sought clemency for the two men, claiming they had been fully rehabilitated during their time in prison.

Further allegations towards Indonesia include the sentencing the two men to less than 20 years in prison atop a payment of $100,000. However, court official in Jakarta has denied the allegations stating that they were made too long after the trial to be considered.

One of the drug offenders executed by firing squad was a Brazilian man said to be suffering from paranoid schizophrenia. Documents were introduced during his trial that offer diagnostic evidence from more than 20 years ago, showing he has suffered from a history of bipolar disorder and schizophrenia. His execution violated the international humane treatment laws that prohibit those with mental illnesses from execution for their crimes. His prosecution and execution are also in violation of Indonesian laws governing the sentencing of the mentally ill. He was arrested in 2004 for attempting to smuggle cocaine into Jakarta in surfboards.

One member of the group slated to be executed for drug smuggling is a woman, Mary Jane Fiesta Veloso, from the Phillipines. She was given last-minute stay of execution when another Filipino woman came forward to testify that Veloso had been tricked into smuggling drugs she did not know were in her possession. It is reported that the woman was her employer and planted the drugs on Veloso, whose suitcase held heroin. Veloso is expected to testify in a new trial against the woman, who is being held in the Philippines on charges of human trafficking.

The last man to be executed was Zainal Abidin bin Mahmud Badarudin, 50, from Indonesia. He was arrested at his home in 2000 with marijuana.

The executions are the response of President Joko Widodo to what he claims is a "national emergency" and to push forth his efforts to stop drug abuse and trafficking. He has rejected all appeals for clemency from international heads of state and declared that he is exercising Indonesia's "sovereign right to exercise our laws."

Allegations against Indonesia is that those being tried and convicted in the country for drug crimes are not given fair opportunity for interpreters and appropriate legal representation. There are currently at least 64 other drug convicts on death row at this time. All reported appeals for clemency on their behalf are being rejected.

"For those countries that exercise the death penalty, they have to make sure that the best mechanisms of the judicial system should be open to and exercised by the convicted person," Haris Azhar, coordinator of the Indonesian human rights group called the Commission for Missing Persons and Victims of Violence, told New York Times in April. "This is not the case in Indonesia."