Ending the Cycle and Starting Anew

Ending the Cycle and Starting Anew 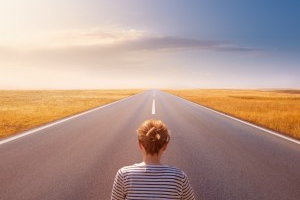 When you form a habit that is so deep in your bones that you no longer feel like you have a choice on whether or not you are going to be doing it, you have developed an addiction. My addiction was alcohol, and boy was it a doozy. Alcoholism is no different than an addiction to a drug, to be honest. The worst part is that it is legal, and it can be found everywhere and even promoted on television.

Growing Up with Addicts

My mom is a great mom now, but throughout my childhood I watched my mom smoke pot. It was no big deal. I even liked the smell of it. I remember when I was little, I would actually sit beside her when she smoked, just so that I could smell it. I watched her drink as well. Most nights were hell. She would scream and argue and most times got violent. Then she started smoking crack. We knew she was different, and it did not take long for use to figure out why.

My dad is a wonderful, hardworking, loving man. He has the biggest heart in the world, but he has no willpower. Alcohol has had him in its control since before I was ever born. We always had a roof over our head, but even when the electricity got shut off because of lack of payment, he had a cooler full of beer.

I got pregnant at a young age. My son's father would drink vodka every night, and then he would get extremely violent. Every day I would have to hide one bruise or another. Sometimes I couldn't brush my hair because there were too many tender spots on my head. Toward the end of our relationship, I took the leap to alcoholism myself. When he started drinking, I did. I knew that the vodka would keep me from feeling the pain that was sure to come, and THAT is when my problems got even worse.

After I left my son's father, I kept on drinking. It was as if I needed to. I craved alcohol, and it didn't matter what kind. There was beer, vodka, and whiskey offered to me on a daily basis, so I drank it. I went out to get drunk, I went to my dad's place to get drunk, and I did not realize how bad it was hurting my child.

It literally took an act of God to change me and make me see the light. I had a life-altering experience, and it was like a punch in the face. While sober. I was lying on a gurney and being wheeled into surgery when it hit me that I had become what I always swore I wouldn't. I had become my parents. I was dying, and I had not even tried to make sure that my son had a mom that he could be proud of. What kind of parent was I?

You see, I had a cyst on my ovary that had rupture. I was hemorrhaging internally because of the rupture. No, it was not because of alcohol that I was dying, but it was because of alcohol that I had not fully lived. The doctors were rushing in to give me another shot at life, and there was about an 11 percent chance that I was going to come out of it alive. My father was left praying on his knees, my son was at my aunt's house unaware of what was going on, my mom was too lost in her addiction to care, and I was leaving them all...Or so I thought.

Through some miracle, I made it out of surgery, and as you can see, I survived. That two-minute trip to the operating room changed my whole perspective on life though. I saw that I was not living a life that I would want my son to live. I was not teaching him to be a man. I was not helping him become something better than what I am. What parent doesn't want their child to be better than they ever were?

My life changed that day, and it changed for the better. I vowed to myself that if I made it out of surgery, I would play with him, teach him to be a man, teach him that family comes first no matter what, and most of all, show him the love, attention, and praise that he so deserved.

I will say this…I am still an alcoholic, but not because I drink every day. I am an alcoholic because I still crave it almost every day. I have relapsed over the years, but every day I get stronger. I am able to fight it a little harder when I look at my children. My husband has helped me tremendously, but if I had not made the choice, I would have never quit.

You see, it takes truly wanting to change in order to be able to actually make that change. I truly wanted to change. I wanted to become a better person, an asset to society, a respectable mom, a member of the PTA, and I needed to with all my heart to make my son proud of me. And I wouldn't change that for anything in the world.

My point is: I ended the cycle. I am giving my children an honest chance to avoid addiction and alcoholism altogether. I will be honest with them. I will let them know that addictive personalities run rampant on both sides of my family. I will warn them of the possibilities that they inherited the disease from me. BUT… I am doing everything in my power to end it, and for that, I am proud.

Cryste Harvey has battled with addiction since the day she was born. From family issues to personal issues, she has seen many things, but she has taken the leap to be sober and to help inform others of the hardships, trials and tribulations associated with addiction. She is now a mother and wife, and she has vowed to help others on their road to recovery. With little to no help from her parents and siblings, she was the first person in her family to graduate high school and continue on to college. Harvey is currently working toward an English degree, and she hopes to become a published author. "Cryste Harvey" is a pseudonym.