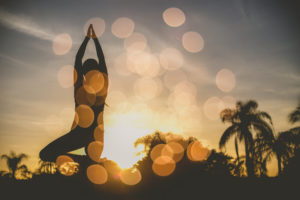 Although alcoholism is likely to be a genetic disorder, scientists across the globe have always been laced with a curiosity to explore other environmental factors that could possibly play a pivotal role.

A recent 20-year study conducted in Denmark by Dr. Ulrik Becker of the National Institute of Public Health at the University of Southern Denmark in Copenhagen has potentially found a link between exercise and an individual’s susceptibility to alcoholism.

Between 1976 and 2003 researchers in Copenhagen sent out more than 18,000 surveys, which were used to classify and keep track of participants exercise habits as well as if they were hospitalized for alcohol treatment.

The participants were broken up into three groups: high activity (more than four hours a week), low activity (two to four hours a week), and sedentary (less than two hours). After establishing the classifications researchers then checked in every year to see which groups had a greater frequency of being hospitalized for an alcohol related illnesses.

It is key to note that this does not form a “causal relationship” between exercise frequency and alcoholism, but what it does do is shed some light on the environmental factors that can either increase or decrease a person’s chances of being diagnosed with alcoholism.

“Although we and for that matter others have not proven a causal relationship between physical activity and risk of developing alcohol use disorders, it is likely that there is a causal link,” said Becker.

Becker and other researchers remain unclear on what exactly the relationship is between the two, but future studies will likely hone in on this issue. There a wide variety of personality traits that may go along with individuals who engage in frequent exercise, but other than survey research there is no real way to form a scientific opinion or theory about the topic.