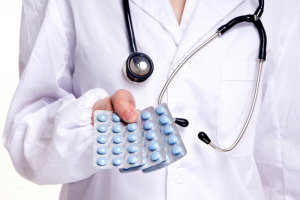 Many treatment programs nationwide support abstinence for all forms of addiction treatment, but increasingly, the use of drugs such as Suboxone and Methadone is seen as more effective than the traditional model. So much so that recent block grants handed down from the federal government now included allotment for drug-enhanced treatment for heroin addiction

What is the Difference?

The new funds being provided through Substance Abuse and Mental Health Administration (SAMHSA) will provide funds for programs in those states which provide medication-assisted treatment protocols. While not required to do so, the push is on for the option to be made available in all facilities funded through the grants.

Medically Assisted Treatment (MAT) is a type of treatment that has created controversy for many years. It is based on the fact these drugs can be more highly addictive than heroin itself. Treatment is optimal when these drugs are used short-term and then decreased gradually to give addicts a bridge from addiction to becoming drug-free.

It is hoped that providing the option for MAT will increase recovery rates, along with inciting addicts to receive treatment in increasing numbers. Many treatment programs across the nation already provide MAT. Some of the funds are earmarked for those programs without the resources (usually medical staff) to accommodate the protocols; and give them additional help in upgrading this status.

Why is this happening now?

The recent increase in heroin use and addiction has created a treatment environment focused on providing optimal outcomes for heroin addicts seeking recovery from their addiction.

Along with the news from SAMHSA, drug spokesman, Michael Botticelli, announced that the federal government would fund only those drug courts in states with MAT-supported treatment protocols.

How do block grants work?

Federal block grants such as this are awarded to states, who then distribute the funds to Counties that request the funding through a grant application process. These counties then administer the funds within County facilities and also by disbursing them to agencies within their boundaries who compete for funds for operation. Most of these agencies operate on a non-profit basis, which allows them to qualify for federal grants.

Few of these agencies operate at a funding level that allows for medical staff. SAMHSA spokesperson, Anne Herron, who is the director of Division of Regional and National Policy, stated that most of the states had a positive response to the grant language. She did confirm, however, that each state has autonomy when deciding how funds were distributed.

As this indicates, the trend is moving toward MAT types of treatment, which may influence more of the funding received in the future.