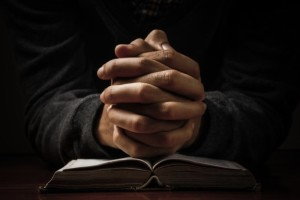 You might have heard the news about the religious freedom law that Indiana passed recently. In fact, it was all over the media for a while. It's been a controversial law, officially titled the Religious Freedom Restoration Act. The general idea is that the state cannot impede on any individual's religious beliefs. This law has often been applied to hot-button issues like same-sex marriage.

A pizza parlor in Indiana notoriously publicly stated that they would not ever cater a same-sex wedding to show their opposition for this law. But amid the law being used the way that the lawmakers behind it no doubt intended--for Christians to be able to uphold their beliefs even against state law and even in a place of business--people with other religious beliefs have been using this law for themselves, too.

The First Church of Cannabis made the news shortly after this law was passed. No, their church is not a joke. And while the First Church of Cannabis currently has no marijuana-related plans other than growing hemp, their organization draws a larger point about religious freedom vs. state law. Where do we draw the line? Cannabis, in the scope of drugs, is probably the least of our worries. What if someone were to start the First Church of Recreational Oxytocin Use? Their beliefs might conflict with state law, but the entire purpose of this law is to say that these conflicts can happen and that religious freedom should trump state law, which could be one big loophole for criminal activity, including substance use.

Similarly, what would this kind of law mean in other states if it were ever adopted? What else might it unintentionally mean in the state of Indiana? These are important questions to ask. Any time the separation of state and church is ignored, we take a step back in terms of progress and the door is wide open then for misinterpretation and exploitation, especially in the case of an actual law that says the separation of state and church doesn't have to matter. That drugs are illegal is the biggest deterrent for some people. If drug use can be made to seem a part of a religious belief, this deterrent will no longer exist in a state like Indiana with a law like this.

If you live in Indiana and are unsure of how this new law might affect you for drug-related reasons or others, contact your local state representative to discuss. If you disagree with this law, let your representative know that you do and why. Although it sometimes seems that lawmakers in the government are arbitrarily making and passing laws, the voice of the public still does matter. Make your voice heard if you disagree with voiding the separation of church and state and use the First Church of Cannabis as an example of how the law can be exploited.