Government-Backed Messages to Kids Regarding Drinking

Government-Backed Messages to Kids Regarding Drinking 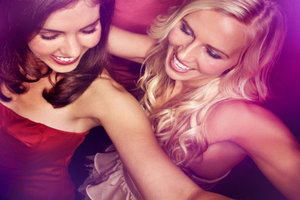 Unless you have been living in a cave you have probably noticed the many government and state sponsored advertisements and messages designed to curb alcohol, tobacco, and drug use in young people. Do they work?

The conclusion of the U.S. General Accounting Office was that D.A.R.E. was ineffective despite spending millions. A new allegedly more effective program was launched in 2014.

In the United Kingdom there are over 1.2 million hospital admissions annually related to alcohol use, over 15,500 deaths related alcohol abuse, and the cost of alcohol abuse in Britain runs into the billions of British pounds. Binge drinking among younger people is a big issue in the UK and a recent study in Great Britain investigated governmental attempts to tackle and reduce excessive binge drinking by British youth [1].

Researchers from four UK universities looked at the effects of government-sponsored anti-binge drinking messages directed at younger individuals. The researchers looked at data from over 200 alcohol advertisements and their effects on young people between the years 2004 through 2007. They found that the government-sponsored advertisements were generally ineffective because these advertising campaigns actually increased the notion that sensible drinking is boring and conformist in nature, whereas binge drinking is reactionary, nonconformist, and even fun.

The researchers concluded that government officials and government employees who design these campaigns actually ignore the reasons that many of the British youth enjoy drinking. The researchers also concluded that the funding for these campaigns, which runs into the millions of British pounds, is simply being misused because the messages invoke a reactionary response by young binge drinkers or are considered irrelevant to them [1].

3. This is your brain on drugs.

This was a large-scale US anti-narcotics campaign by Partnership for a Drug-Free America that used two televised public service announcements. While amusing they were generally ineffective.

The United States has a long history of government-sponsored anti-drinking and anti-drug campaigns.Of course the most infamous government intervention against alcohol use is Prohibition which outlawed alcohol possession nearly all together and ran from 1920 to 1933. The program failed miserably. Government sponsored programs designed to reduce use of other drugs came to fruition with the Harrison Narcotics Act, passed in 1914, as the first federal drug policy. This act restricted the manufacture and sale of marijuana, cocaine, heroin, and morphine. It too was highly unsuccessful in curbing drug use and simply fostered the development of large criminal organizations that specialized in manufacturing and delivering these drugs to users [2].

More recent government that sponsored programs such as the "Just say no!" slogan, D.A.R.E. and others have been equally ineffective and many researchers have suggested that these programs often produce what is known as a "boomerang effect" with drugs like alcohol, tobacco, and marijuana where the more young people are exposed to these campaigns the less effective they are.

Independent research on the US Government's National Youth Anti-Drug Media Campaign has also found it to be generally ineffective [4].Moreover, there is research that suggests in response to these large campaigns many at-risk younger people tend to romanticize the use of these drugs and see their use as rebellious and as a means to develop a personal identity [3]. These findings are consistent with the recent findings from the UK [1].

Many of the government advertisements targeting youth have stirred controversy after shifting the blame to the victim.

The British researchers suggested that smaller, targeted, and practical interventions at specific groups might be more effective than mass campaigns promoted by the government and the media [1]. Many individuals in the United States have suggested legalization for illicit drugs like marijuana and cocaine or more specific practical and interventions/messages as opposed to the overall negative messages directed at younger audiences, much in line with the suggestions of the researchers in the UK [2, 3].