Guess the Drug: What's That Smell?

Guess the Drug: What's That Smell? 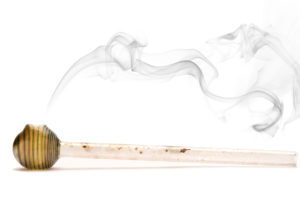 Have you ever wondered what certain drugs smelled like? Perhaps you smell an odd odor coming from the neighbor or your child's bedroom. Here are some clues to help you identify the smell of these five most notorious drugs.

Pure meth is odorless, but some impurities or adulterants give it some kind of smell. Most users who inhale it find its smell close to burning plastic or nail polish. They also report a sticky, sweet odor lingering in the air.

When smoked, marijuana has pungent odor--something like an oily herb. The smell tends to linger around the smoker for a long time. The first puff might feel crisp and sharp, but gradually the odor becomes more pungent and heavy.

The smell of hashish when smoked is similar to the pungent odor of marijuana, but much stronger. In fact, this substance is collected from the sticky substance on the flowers of female cannabis plant, the same plant from which marijuana is made.

The purest form of heroin is not known to have any smell. Some additives give it a strong, vinegar-like smell when inhaled. It is one of the most potent and addictive drugs around.

Like heroin, pure MDMA does not have any odor by itself, but has a bitter taste. Oftentimes though, safrole is added to it to give a smell of aniseed (licorice).