Having 'The Spins' in Alcohol Addiction

Having 'The Spins' in Alcohol Addiction 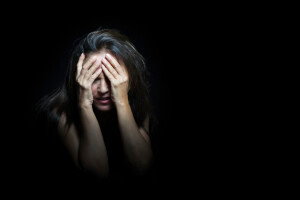 Have you ever gotten so drunk that the room started to rotate around you? This surreal condition is known as "the spins." Some have likened it to motion sickness or vertigo. It happens when you drink excessively or when you mix your alcohol with drugs such as cannabis and should be avoided at all cost. Generally, excessive drinking eventually takes its toll on the liver. Experiencing the dizzying symptoms along with it makes you immediately vulnerable to accidents or other unsafe situations.

How 'The Spins' Come About

The inner ear controls matters of balance and coordination. The spins occur when alcohol disrupts these functions. The inner ear contains three half circular canals which control side to side movement, as well as forward and backward, and downward and upward movement. The canals are connected to the brain through the eighth cranial nerve. Each canal is equipped with an endolymphatic fluid and a tiny blob-like substance floating in the fluid known as the cupula. When your head moves, the cupula also moves and signals are sent to the brain indicating that a rotation or movement has taken place in a particular direction. This makes balance possible. The cupula only moves when it is nudged by the endolymphatic fluid that surrounds it and only when the head moves or turns.

The endolymph and cupula have equal density. However, when the excess alcohol or alcohol/drug mixture travels to the inner ear through the blood stream, it creates an imbalance in density. Suddenly the cupula is less dense relative to the surrounding endolymphatic fluid. It starts to float erratically. The brain receives abnormal movement signals even when the head is still. That's why you start to feel like the room is spinning around you.

Lying back with the eyes closed in a darkened room won't help much and may even worsen the spinning. But you can use other senses such as touch and vision to get back a semblance of balance until the blood alcohol levels are normalized:

These tricks won't provide total relief. That only happens when the effects of the alcohol have worn off.

The obvious way to avoid this helpless state is to abstain from alcohol altogether. If you are still drinking, you could slow down intoxication by mixing the alcohol with sugared drinks such as soda. The sugar slows the emptying of the stomach so that drunkenness and spinning happen less rapidly. You could achieve the same effect by alternating each alcohol beverage with a glass of water. Avoid smoking at this time because it only intensifies the bad effects.

Avoid drinking on an empty stomach. Fill your stomach beforehand with food rich in carbohydrates, fat and proteins to slow down and steady the rate at which the alcohol enters the blood stream thus helping to keep your blood sugar levels regular.

If you're a recovering alcoholic, and you've decided to abstain altogether, all power to you. It shows that you are serious about your sobriety. You won't have to again experience this unpleasant and disempowering phenomenon.