Could Evzio be the New Heroin Overdose Antidote?

Could Evzio be the New Heroin Overdose Antidote? 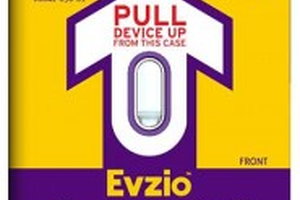 The FDA has approved an auto-injection device which could save the life of opiate users. The treatment, called Evzio, is similar to the EpiPen injectors used to treat severe allergic reactions. Both devices inject directly into muscle, which means that they allow nonmedical personnel to administer life-saving drugs in emergency situations. Evzio comes with thorough written instructions and is also capable of providing instructions via pre-recorded audio.

The simple-to-use injector allows care providers and family members to inject a single dose of the drug naloxone, which is used to counteract the effects of opiates such as heroin. The drug has been used for a long time in ambulances and other medical facilities, but now the substance will be made available to consumers in $60 dollar kits. Each kit contains two syringes pre-filled with naloxone, and is good for up to two years.

The kits are being manufactured by the company Kaleo Inc., which predicts that Evzio could be available to patients with a doctor's prescription as early as this summer. However, it should noted that there is a degree of risk involved with using Evzio. It can potentially lead to immediate heroin withdrawal symptoms in patients, such as hyperventilation and convulsions. Experts caution that Evzio should only be used in response to dire emergencies.

Eric Schneidman, the New York Attorney General, has recently stated that all New York state law officials will be given naloxone, and they will also be trained to use it in emergency situations. Five million dollars has reportedly been put towards funding the state's new Community Overdose Prevention program—the first statewide program of its kind in the United States. This is also a commendable extension of New York's naxolene pilot program for law enforcement officials, which reportedly helped save as many as 500 lives in Suffolk County last year.

While security measures like Evzio don't fully address the full spectrum of issues which propels people towards opiate abuse, and other preventative measures are still needed, we can hope that other states and countries might take cues from New York. If more local governments adopt similar measures, the annual death tolls associated with opiate use could be decreased considerably.

Brandon Engel writes about everything from science fiction tropes, to classic cinema, to drugs. Drugs are of particular interest to Brandon, partially because of the politics surrounding them, and partially because he has experimented with them somewhat liberally. Although he has struggled with substance abuse in the past—alcoholism especially—Brandon is making an effort every day to stay clean and is eager to help others find peace within sobriety.