Heroin Use Still on the Rise

Heroin Use Still on the Rise 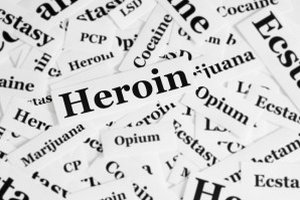 Heroin addiction is on the rise in the U.S. The recent and untimely death of Academy Award-winning best actor, Phillip Seymour Hoffman, due to an apparent heroin overdose, brings this serious and deadly drug addiction freshly into the public eye.

Heroin Use Lethal but Still Not Declining

Currently, an estimated 900,000 Americans are addicted to heroin. The drug is highly addictive because it enters and affects the brain so quickly.

There has been an increase in heroin use since the 1980s, despite the warnings and statistics that prove its lethal potential. Some addicts go through the arduous withdrawal process to reduce their tolerance to heroin. This allows them to experience the addictive rush again when they resume use of the drug.

Heroin is injected, snorted or smoked. The body converts to morphine causing abusers to feel the desired rush almost immediately.Short-term effects include:

Less pure heroin of the past required the drug to be injected to achieve the desired high. The purer form of the drug than was previously available can be snorted or smoked instead of just injected. This makes it more enticing to the younger population of addicts.

Who's Taking Heroin and Why?

There is an increased supply of cheaper and purer heroin readily available in all areas of the country. The drug used to be most popular in urban areas but has now spread its use into the suburban and even rural areas.

By history, most heroin users are older, long-term abusers. Right now, the drug is growing in popularity among the youth population, especially those around college campuses in all corners of the U.S.

Increased heroin use is a direct response to the rising cost and difficulty obtaining prescription narcotics. Heroin is cheap and easily accessible, making it the go-to drug of choice for a high.

In order to fully appreciate the clutches of the drug, it is important to understand the addiction and withdrawal. Withdrawal symptoms start within a few hours of the last dose of heroin, peak between 48 to 72 hours and last for 7 to 10 days.