Staying Away from Alcohol During Holiday Celebrations

Staying Away from Alcohol During Holiday Celebrations 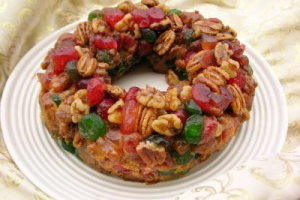 While celebrating the festivities this time of year, many recovering addicts are uncertain about how to approach the coming months without returning to active addictions.

Emotions run high, old feelings of shame and remorse will surface, due to the impact of holiday memories and the past mistakes made by so many. Holidays are more memorable for most people, due to their import in our social environment. It is difficult to navigate the office parties, family gatherings, and other community celebrations without emotional fallout. For addicts, this can mean, and often does, a return to active addiction and most often, drinking behaviors.

Alcohol flows freely during this time of year. Most celebrations include drinks of some type. Nearly every culture celebrates their holiday season with alcohol, served in many guises. While being careful not to imbibe cocktails, punch, eggnog, wine, or other beverages offered, it is also important to not partake of desserts, cookies, cakes, puddings, and other goodies that may include alcohol.

Most persons will assume and even state frankly that cooking removes the alcohol, after it reaches a certain temperature, there is no alcohol left in the food, etc. These statements are well-meaning, but untrue. According to USDA Table of Nutrient Retention Factors (2003), alcohol remains in everything that is cooked, long after the alcohol smell is gone. If an item is NOT cooked, like a cake soaked in rum, there is full content of the alcohol remaining. Popular mythology will argue that alcohol cooks out, especially at high temperatures or long time in cooking. This is absolutely false information. Rates of alcohol content and remaining percentages can be seen by reading the table referenced above and Journal of the American Dietetic Association, April, 2002, an article written by Eleese Cunningham.

Further discussion about cooking or baking with alcohol is warranted, because there is so much of it done during the holiday season. Many favorite recipes will need to be modified to be alcohol free. Even baking with extracts is going to be risky, because extracts have alcohol in them. Anyone who has watched the 1950s movie, "Days of Wine and Roses" will remember that there were scenes where vanilla extract was used for getting drunk. This is not unheard of for those who go to every length to reach inebriated states.

Other alternatives are available for baking during the holidays. It is important to inform people that you are not drinking, nor can you eat foods prepared with any amount of alcohol. While most chefs do not recognize the need to substitute for the wines and alcohol that they use in preparation of their dishes and desserts, an educated addict needs to ask questions. Not only in family and social gatherings, but recovering addicts will need to practice caution in restaurants where brandy, wine, and many other alcoholic beverages are commonly used.

Be informed to be safe this holiday season. Temptations in the form of cocktails that are traditional for festive parties are obvious pitfalls, but so are the goodies that may seem like safe substitutes. Be responsible by asking how foods and sauces and desserts are prepared in order to avoid the taste, smells, and influence alcohol content may have on your fragile recovery.