How Do People Get Hooked on Hydrocodone?

How Do People Get Hooked on Hydrocodone? 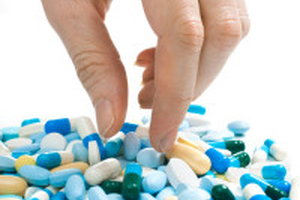 Hydrocodone was first formulated in the 1920s in Germany and legalized in the United States in 1943. Its use became popular in the mid-to-late 1980s as advocates of pain management began to demand use of prescriptive pain medications that had been heavily controlled prior to that time.

Hydrocodone is a product created with synthesized codeine and acetaminophen. Research during the 1930s and early 1940s had determined that there were several aspects of hydrocodone that made it stand out from other pain relievers being tested. One was its effect on the liver. Because of the ingredient acetaminophen, hydrocodone does severe damage when taken for long periods. The other was the pleasurable effect recognized when the drug was tested on animals under controlled conditions. All pain medications offered similar pain relief, but hydrocodone stood out in this area. The researchers performing the testing felt compelled to report the high potential for this drug to become addictive, due to the consistent response of pleasure in testing.

How Do People Get Addicted to Hydrocodone?

Today we see the results of these combined factors. Those who use hydrocodone for pain will often experience an unintended side effect; a deep sense of pleasure that is conducive to wanting more of the drug and to repeat its use even after the pain has subsided. Because of its euphoria-inducing properties, hydrocodone has become a "go-to" drug for those experiencing pain. Hydrocodone has become popular among celebrities, and is sometimes used in conjunction with other substances or mixed with other drugs. The drug operates on the pleasure center of the brain in such a way that the brain cannot function properly without the drug in a very short time. Even though the initial euphoria may not last, the side effects of the drug are such that no pleasure is experienced without it. The brain has become completely dependent on the drug for any pleasure to register at all.

Pain is relieved, but after a short time period, more of the painkiller is necessary to do the job. There is a quick dependence built on the rapid tolerance to hydrocodone by the central nervous system. After a tolerance has built up, stopping the drug becomes painful. Without the drug's euphoric effect, depression sets in. Thus, in very short order, the drug has taken hold of the pain sufferer with an addiction to the painkiller. The patient experiences not only the pain of the injury or illness that was being treated, but also the mental anguish of addiction to hydrocodone, and the brain's need for the drug to balance itself.

Once prescription painkiller addiction has set in, which may happen after only a few days, the user will experience flu-like symptoms if they attempt to stop taking the medication. As the addiction progresses, the drug becomes more necessary to the individual. Along with the return of any pain they have, they will now also experience the painful symptoms of withdrawal from the medication. Not everyone who uses hydrocodone will become addicted to it, but there is an extremely high risk of addiction occurring with use of this drug. Both the medical and addiction treatment fields have seen a higher incidence of drug abuse around pain medications over the past 30 years as they have been more readily prescribed.