How I Got Through Opiate Withdrawals

How I Got Through Opiate Withdrawals 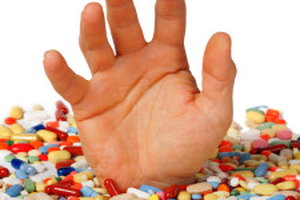 With every choice you make, we know there is either a consequence or a solution. As addicts, while many are still fighting for the willingness to get clean, there are those who are finally ready to take the plunge into sobriety but do not yet want to go through the symptoms of withdrawal. Unfortunately, symptoms that come along with quitting drugs are almost inevitable.

Alcohol withdrawals can kill you. Benzodiazepines, more commonly known as Xanax, can also kill you. Opiate withdrawals, interestingly enough, though it may feel like dying, will not kill you.

Opiate withdrawal cannot kill you but the symptoms can seem like reason enough to keep using. When I first decided to get sober, I lasted about 5 hours opiate-free--long enough to get the sweaty chills. The second time, during my short stint in rehab, I was given Suboxone to help subside the physical symptoms of the withdrawal. Of course, there was a number of attempts in between then and when I actually got sober, but that doesn't make it any less scary. I was well aware of what was going to happen to me if I chose to get sober, which was my very excuse for putting it off.

I'd like to paint the road to sobriety gold but that wouldn't be realistic. The symptoms can come sporadically or all at once. Cold sweats, chills, vomiting, cramps, sneezing, a flu-like runny nose, diarrhea--those may be just the beginning. Seemingly worse, the nighttime drags on with restless legs, insomnia, cravings, dizziness and even depression. Though it seems crazy to "plan" to get sober, retrieving a prescription for Suboxone beforehand can ease some of the fear. Methadone is another way to assist with the withdrawal symptoms of opiates but long-term, high doses of methadone can lead you right back to square one.

Why I Went Cold Turkey

For some people, it almost sounds borderline insane to attempt going cold turkey. In my eyes, that was the only way I knew I was going to successfully quit. I had heard horror stories of people who had gotten sober using Methadone, only to have a lifelong sentence visiting the Methadone clinic. The withdrawals from long term Methadone use could be equally as scary as opiate withdrawals. As far as Suboxone was, in my opinion, the taste alone made me feel sick to my stomach. Going cold turkey was important to me because I knew I had to experience every aspect of withdrawals to remind myself what I never wanted to go through again. I knew if I used any medication to get through the withdrawals, it would leave the door open for me to relapse again. I knew that once I had felt every ache and pain, every inch of sickness, every restless night – I would know what it would feel like to repeat.

What to Do When It's Over

Whether you go cold turkey or use medicine, I finally realized that withdrawal portion itself is actually the easy part. Making sure that you're finding activities to occupy your time and ignoring cravings is another important part of the process. It may take a few days or even a week or two to get all the way through the aches and pains of the withdrawal symptoms but remind yourself that it is only temporary. It's hard to recommend going cold turkey because the fear of withdrawals alone is overwhelming but not using medication can be helpful if you want to avoid further dependence on a prescription drug. However, with that said, do not feel discouraged if you do need medication – as long as you are free from opiates, you are one step further down the road than you were before.