How Much Will A DUI Cost You?

How Much Will A DUI Cost You? 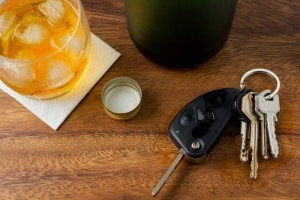 If you take the risk of drinking and driving, you run the risk of getting arresting for driving under the influence (DUI). You also run the risk of getting into an accident and hurting yourself or others. Either way, DUI can cost you in major ways. For those who do not know, if your blood-alcohol content (BAC) is greater than .08, you are considered legally intoxicated and can be arrested.

Financially, a DUI charge can cost anywhere from $4,000 to about $24,000. This might seem like a huge amount of money for a conviction (and it is), but the authorities are serious about cracking down on drunk drivers. There are innocent people injured and killed all the time by intoxicated drivers, so the fines and penalties are steep and hopefully deter people from drinking and driving.

Other Problems and Jail Time May Occur

Apart from paying the fine, there is also a big chance for jail time, especially if the driver has had earlier DUI arrests or is in possession of drugs. The jail time will vary, but many people can get out within a couple of days and await their trial.

Getting arrested for DUI can affect various areas of your life. You may lose your license, which means you may not be able to keep your job. No job means no money and that poses a large problem. You may also suffer relationship, mental, and emotional problems. If people at work hear about your conviction, you may not be looked upon favorably by management and get passed up for promotions. The bottom line is that one DUI can radically change your life.

It Can Get Very Expensive

For the first offense, with no injury and no damage, it is still possible to pay a huge amount of money. Once arrested, the individual in question would have to pay an amount starting from about $4,000 up to $20,000 depending on what state they are in.

Court costs will cost you anywhere from around $250 up to $1,500. Then you will most likely want to hire a lawyer, which can range anywhere from $2,000 to $5,000. Granted, you can opt to have no lawyer present, but it's in your best interest to have a good lawyer beside you to increase the chances of a better outcome for the DUI charge.

Other expenses that could be incurred will include license reinstatement, which can run into hundreds of dollars depending on the state you live in. Also, the judge can order you to obtain substance abuse counseling and rehabilitation classes, which can run you upwards of $500. Additionally, some repeat DUI offenders are commanded to install an Ignition Interlock System on their vehicles, which means they cannot start their car without breathing into a breathalyzer to be sure they are free from alcohol. This can cost them an additional hundreds of dollars and a rental fee of between $50 and $100 per month.

As you can see, one DUI can really set you back thousands and thousands of dollars and cost you a lot more than just money. The real harm could be to yourself or others physically. When you drive intoxicated, you tend to lose your sense of control and you can easily wreck your car, hit other cars or people, and end up injuring yourself and others. Approximately 16,000 people are killed each year in crashes related to intoxication. This number ought to be reason alone to not drink and drive, so if you or your friends are drinking, take a cab or rely on a designated driver. Think safety first!