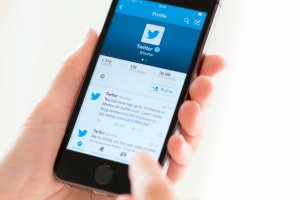 Although we all want the drugs we take to be free of nasty side effects, that's simply not realistic. Drugs, particularly pharmaceuticals, are made from combinations of chemicals that might affect each individual body in a unique way. The chemicals in these drugs can interact with everything from other drugs or substances in our system to the grapefruit we had for breakfast.

Unfortunately, it takes a while for reports of side effects in patients to make their way back to the FDA for official review and analysis. Side effects of drugs are usually reported to the FDA directly from a healthcare provider, like a doctor, rather than from the patients themselves. But patients who are experiencing side effects from a drug want answers as well as camaraderie – it's scary to think that you might be the only one reacting to a drug in a certain way. This has caused many patients to turn to social media for side effect venting, particularly Twitter.

Researches from several institutions, including Georgetown University Medical Center, Harvard Medical School, and Boston Children's Hospital, recently released FDA-funded research pertaining to drug side effects published on Twitter. A pool of tweets mentioning popular pharmaceuticals and their side effects was examined by the team of researchers and paired against FDA data. The adverse effects reported via Twitter were generally not severe, which may be one of the reasons the side effects were reported on Twitter instead of to a doctor in some cases, according to the researchers.

How Tweets Can Affect Drugs' Future

This study seems to demonstrate the very real possibility that the FDA and other medical establishments and healthcare providers, including doctors, may begin to monitor social media platforms likes Twitter in order to obtain the most up-to-date understanding of drug side effects.

This could prove to be helpful in the future for reducing the overall number of negative side effects from a drug--if doctors prescribing the drug can have access to information about the negative side effects sooner than later, those side effects will be taken into consideration by both the patients and doctors sooner, which might lead to a different drug choice and fewer side effects in the end.

This research is also important for the FDA, who no doubt funded the study because of how useful this information is to the FDA in particular. If the FDA can help to close the gap of dangerous time between a drug's release and the official summarizing of the drug's reported side effects, fewer people will be negatively affected by drugs and more people will be trusting of the drugs that are prescribed to them.

So, the next time you have a drug reaction you didn't expect, consider tweeting it out to the world. It just might be that the people who need to hear about your side effect most will be listening.