How the Legalization of Marijuana Affects Colorado Locals

How the Legalization of Marijuana Affects Colorado Locals 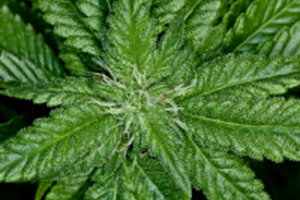 Marijuana (pot) sales in Colorado far exceeded what was expected in 2013. With sales reaching over $300 million in retail, the state really shocked the nation. There were reports on Fox News explaining that people were moving to Colorado just so that they could have legal access to marijuana. How will this affect the locals and the marijuana market in Colorado?

The Teen Perception of Pot

For many people, the ‘90s were a time when the number of people smoking cigarettes increased. In the new millenium, there was an increased effort to educate teens on the effects that cigarettes had on the body. Over the years, the number of teen smokers has dropped from more than 30 percent to roughly 11 percent, and the numbers are still declining. The result of this education about nicotine was that it changed teen perception of nicotine and its negative effects.

Now we need to tackle teen perception of marijuana and its effects. One big difference between marijuana and nicotine, however, is that cigarettes have never been illegal. Most teens know that marijuana was illegal, and still is illegal in many places, but that has never stopped them from getting their hands on it. Now, not only is pot legal in Colorado, but it can be found on nearly every street in the state. How does this fact affect teen perception of pot, and will there be an increase in marijuana addiction?

Not only has the legalization of marijuana in Colorado granted people permission to freely use a mind-altering substance, but the new law has, in a sense, sent teens the message that the drug is no longer as harmful as they had once thought.

Teens no longer have to worry about a drug charge if they are caught with marijuana in Colorado. In Colorado Springs, the new charge for possession of marijuana will be "minor in possession," which is roughly equivalent to a curfew violation. Both citations are handled with fines up to $5,000 and up to six months in jail (as long as the amount in possession is less than one ounce) for the first offense.

According to an interview with a local marijuana seller who agreed to speak anonymously, he makes less profit now from his legal sales of marijuana than he did by selling it illegally in 1990. The tax rate for purchasing marijuana is 29 percent in Denver, and that does not include the amount that the store pays to the state.

It appears that many locals are beginning to rethink their voting decisions. Colorado police have continued cracking down on marijuana usage, even after the laws came into effect. Denver even went so far as to try to ban recreational marijuana usage at private residences if pedestrians passing by could smell it.

Another anonymous source stated, "Was I the only one deluded into supporting pot legalization because I thought legal pot would be less expensive and would put the cartels out of business in our state? Or were others led to believe that, too? Removing the 'risk premium' was supposed to be the appeal." According to this source, the drug cartels will also be more inclined to sell their product in Colorado because the price for an ounce goes for about $400 (before taxes), and in other states it only sells for about $300. The cartels will be able to make a bigger profit, and all they have to do is stay under that $400 limit.

Cartels will also become more inclined to sell in Colorado because police have stated that it will be near impossible to police the borders now that "pot" has been legalized. There is simply not enough manpower to do border patrol.